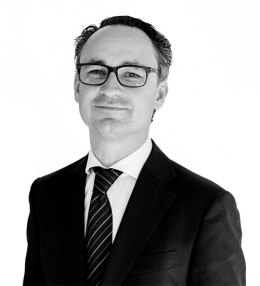 Louis Berger is partner and founder of bureau Brandeis.

After graduating from the University of Amsterdam, Louis Berger was admitted to the bar in 1997. Prior to Louis cofounded bureau Brandeis in 2014, he was partner at Spigt Litigators.

An important part of Louis Berger’s practice regards class action and antitrust damages litigation. In these complex cases Louis’ long-term expertise in litigation come to its own right. Currently, Louis is involved in several antitrust damages cases, among others the so-called Trucks Cartel Case. In many of his cases Louis works together with funders.

Another part of his practice consists of shareholder disputes. Louis advises shareholders and directors in order to prevent litigation, but if needed also represents them in proceedings.

Regularly retained by one of the biggest Dutch hotel chains in commercial litigation;

Retained by the bankruptcy trustee of the former main Dutch meat producers in a multi million euro dispute against KPMG;

Retained by the former director of the board of several Dutch real estate investment funds in proceedings against bond holders and a compensations foundation;

Retained in several class actions and by claim funders.

This is the first bureau Brandeis quarterly report of 2017 on the developments in the area of cartel damage litigation. You may download our quarterly report here. Would you like to receive the next edition of…

This is the second bureau Brandeis quarterly report on the developments in the area of cartel damage litigation. In this summary we concentrate on follow-on and stand-alone cases in relation to cartel damage cases as…