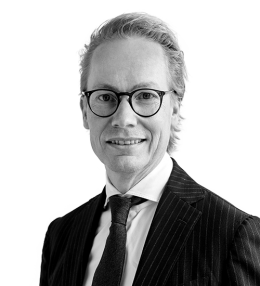 Frank Peters is partner and allround litigator. He is a seasoned corporate and securities litigator – experienced in (international) litigation and collective redress. He is a member of the post-doc legal programm ‘Climate and Law’ of Radboud University’s CPO.

Frank Peters is a member of the International Bar Association (IBA). He speaks Dutch, English and (conversational) Russian. Frank Peters studied European Studies (management, economics and French) at Royal Holloway and Bedford New College, London University, and civil and tax law at the University of Groningen.

In 1997, Frank Peters was admitted to the bar. After working as a tax and corporate attorney at Loeff Claeys Verbeke, he moved to De Brauw Blackstone Westbroek, again combining the field of both corporate and tax law. As of 2001, Frank Peters has practiced as a corporate and securities litigator with Spigt Litigators and next with bureau Brandeis.

As a litigator, Frank has particular expertise in the following areas:

Group litigation, be it on assignment basis or opt-out basis, plays a major role in each of these areas.

New European Directive gives teeth to consumer rights (and there are many…!)

The Netherlands leads the way in Europe with the possibilities of instituting class actions. In this manner, large-scale infringements of people’s and companies’ rights can be efficiently exposed. This will now become possible in all…

We are very excited to invite you to join our Litigators Sunrise Run during the IBA in Rome, 2018. An early morning run with colleagues from all over the world. Together we will run through the…

Why a protective foundation? The attraction of wider access to capital may persuade some companies to seek a public listing. Typical for the Dutch market though, is the possibility for the listed company to create…