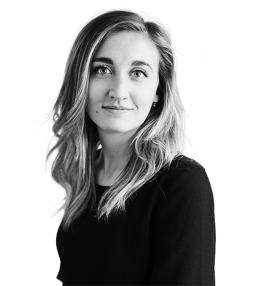 Tessel Bossen is an associate at bureau Brandeis. She specializes in media and intellectual property law and (antitrust) damages claims.

Tessel is regularly involved as counsel to plaintiffs who are looking for recovery of damages from antitrust cartels or abuses of a dominant position, independently or through class action. For instance, Tessel has been involved in various damages claims in the context of the so-called Trucks Cartel Case, amongst others on behalf of the foundation “Stichting Truck Cartel Recovery“. Furthermore, Tessel is engaged in (proposed) damages claims against major Tech giants such as Google and Facebook. In that context her background in information law proves to be very useful.

Tessel is one of the regular contributors to Q Class Actions, bureau Brandeis’ journal on class actions and antitrust damages litigation.

Nationally, Tessel also advises and litigates in a wide range of disputes related to the world of media and entertainment. She does so as counsel to individual artists and authors, publishers, film producers, record labels and (other) larger companies within the creative sector.

Tessel holds a master’s degree in Information Law  (Institute for Information Law (IViR), University of Amsterdam (UvA)). In the course of her master’s degree, she studied a semester in the city she has fallen in love with since: New York City (Cardozo Law School). Prior to her master’s studies, Tessel received her bachelor’s degree with honors from the UvA and spent one semester studying at the University of Copenhagen. Furthermore, Tessel participated in multiple moot court competitions, among which the prestigious ‘Monroe E. Price Media Law Moot Court’ at Oxford University. During her studies, Tessel also worked as an external clerk at the Amsterdam District Court.

Influencers and the use of music in videos – what is allowed and what is not allowed?

Influencers and vloggers are increasingly faced with regulation. This is not surprising, because it is now a mature industry in which a lot of money is involved. Many rules that are relevant to influencers focus…

Comparative analysis between the UK, Dutch and French approach to passing-on in competition cases

Cartel damages litigation is an increasingly hot topic in Europe. For those who are not familiar with this topic a short explanation. Under normal market conditions, enterprises set their own market prices for their products….