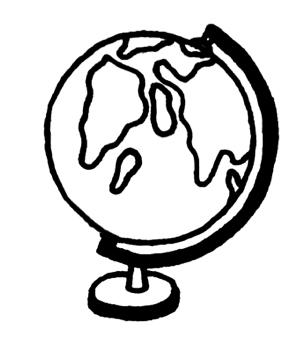 The possession of slots is one of the main indicators of an airline’s market position. The landing and take-off capacity of an airport is generally scarce, and the demand for certain slots is highly time-dependent. The allocation of slots is therefore strictly regulated according to the rules of the International Air Transport Association (“IATA“). IATA member airports are further bound by the Worldwide Airport Slot Guidelines (“WASG“). Within the European Union, Regulation 95/93 (“Slot Regulation“) is also in force, which ensures that the allocation of slots does not distort competition. This legislation is complemented by Regulation 1008/2008 (“Operating Regulation”), which deals with the operation of air services in general and formulates requirements for the fair distribution of air traffic.

The Slot Regulation has been amended several times as a result of the Covid-19 crisis. Regulation 2020/459 amends the “80% rule”, which requires that airlines use at least 80% of the slots that have been allocated to them. Under current circumstances, airlines cannot meet this “use-it-or-lose-it” requirement without resorting to inefficient and polluting “ghost flights”. Therefore, slot utilisation rates have been changed to 50% for the winter service period of 2021/2022.

The Slot Regulation requires that Member States designate an independent administrative body responsible for slot allocation. In the Netherlands, this is the Airport Coordination Netherlands (“ACNL“), which publishes new rules every three years. In the proposal for the new rules, which would come into effect in the summer of 2022, ACNL controversially included the so-called Policy Rule Additional Allocation Criteria (“Policy Rule“), which allows ACNL to allocate slots based on preferred destination lists created by airports. In response, IATA sought an injunction against ACNL in respect of the Policy Rule, arguing that the Operating Regulation requires consent from the European Commission for such traffic allocation schemes. The District Court of North Holland has decided this case in favour of IATA, with KLM, Transavia and TUI as joint parties.

Article 107(1) TFEU states as a general rule that State aid which distorts or threatens to distort competition is incompatible with the internal market. The European Commission has considered that the economic impact of the Covid-19 crisis is so serious and widespread that certain State aid measures should be considered (temporarily) compatible with the internal market on the basis of some exceptions listed in Article 107 TFEU. To this end, the Commission has created the State Aid Temporary Framework (“Temporary Framework“), which has since been further developed. The Temporary Framework states that a State aid measure aimed at remedying the consequences of the Covid-19 crisis may be simultaneously considered as:

Under the Temporary Framework, a variety of State aid measures have been approved, including for some airlines. In July this year, the Commission approved an aid package of more than €525 million to airline Condor, in response to the exceptional circumstances created by the Covid-19 crisis. Approval was also given for aid to Air Nostrum in Spain, Air Belgium in Belgium and SATA Air Açores and Azores Airlines in Portugal. The Commission also approved aid packages to airports in Italy, Greece, Ireland, Slovakia and Scotland.

The large amount of State aid granted under the Temporary Framework is a sensitive issue for competitors in the aviation market. Ryanair has attempted, with varying degrees of success, to have a number of the Commission’s approval decisions overturned by the General Court. In the first two cases, Ryanair argued that State aid discriminates (within the meaning of Article 18 TFEU) against foreign competitors in favour of national airlines. The General Court has not accepted this argument and ruled that, since travel restrictions imposed by national authorities hit domestic airlines the hardest, selective State aid to domestic airlines is a legitimate remedy.

Ryanair also argued that State aid to individual carriers is not an appropriate measure if more than one carrier has suffered damage. In a second round of decisions, the General Court has ruled that (economic) recovery (from a natural disaster) does not have to include all affected undertakings, and that therefore aid to an individual undertaking can be an appropriate measure to meet the exemptions under Article 107(2b) TFEU and Article 107(3b) TFEU.

Later complaints by Ryanair have been more successful. In a final series of judgments, the General Court annulled three state aid approval decisions by the Commission, citing an insufficient examination of the corporate background of the aided airlines. For example, the General Court reversed the authorisation of Dutch aid to KLM because KLM belongs to the same group as Air France, which has profited from state aid in a different country. Because double aid to a single group of undertakings has the potential to distort competition even further, the General Court has ordered the Commission to reassess these specific applications for state aid.

In The Netherlands, the Aviation Act specifies that the operator of an airport must review the rates and conditions for the use of its facilities every three years. On 8 July this year, the Netherlands Authority for Consumers and Markets (“ACM“) approved the allocation system of Royal Schiphol Group (“Schiphol“) applicable for the period 2022-2024. In the decision the ACM discusses the material changes in the new system. These are largely related to the Covid-19 crisis and the associated reorganisation project Project Reset. The main change concerns the use of multipliers in the allocation of costs. Schiphol is legally allowed to attribute differences between its budget and the realisation thereof to airport users such as airlines. For example, if more passengers use the airport than predicted, leading to higher cleaning costs, Schiphol will pass on (part of) these increased costs to the airlines that transported the passengers. The multiplier determines the size of the attributed sum; if the cleaning costs are 5% higher and Schiphol charges 5% more as a result, the multiplier is 1.

The Covid-19 crisis has led to dramatic differences (70% in 2020) between the budget and the realisation of passenger numbers at Schiphol and, as a result, also to a substantial increase in the amounts charged to users of its facilities. Under the approved allocation system, airport charges for airlines will increase by 37% over three years. Airlines and affiliated interest groups have objected to Schiphol’s plans and announced that they will take legal action against the increase in airport charges. They argue that Schiphol is abusing its position of economic power on the market for airport operation-related activities.

The Covid-19 crisis has forced air carriers, airports and governments to take rigorous measures to keep the sector efficient and competitive. These measures have affected competition on the aviation market, as shown by the number of cases that have accumulated in a short period of time. Changes in the use of slots and the granting of state aid are just a few of the large-scale changes brought about by the Covid-19 crisis, on which case law is yet to shed light. Criticism of the increase in airport charges by Schiphol as a result of the new allocation system will in all likelihood lead to new cases in the future.

When pursuing damages in so called (follow on) cartel damages claims claimants can anticipate fierce resistance from defendants. The resistance is caused by the sheer volume of claims in these kind of cases. Collective claims…

This is the Competition Flashback by bureau Brandeis, featuring a selection of some of the key competition law developments of the past quarter (see the original version here). If you would like to receive the next…

Influencers and the use of music in videos – what is allowed and what is not allowed?

Influencers and vloggers are increasingly faced with regulation. This is not surprising, because it is now a mature industry in which a lot of money is involved. Many rules that are relevant to influencers focus…