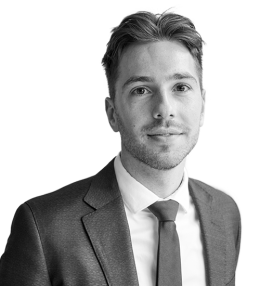 Timo Hieselaar is working as a junior associate at bureau Brandeis. He specialises in (European) competition law.

Timo was an intern at the EU competition law sections of two prominent international law firms. In 2019, he participated in the prestigious European Law Moot Court Competition, in which he and his team reached the (regional) finals.

During his studies, Timo worked as a clerk of the Court of Arnhem. He assisted, amongst others, the court in dealing with a class action suit.

Moreover, Timo is also interested in societal matters within the EU and abroad. For instance, Timo took part in the interdisciplinary Honoursprogramme of the Radboud University during which he gained knowledge of various fields of study. Part of this programme concerned conducting a research in Washington D.C. and New York on voter inequality in the United States of America. After obtaining a bachelor’s degree in European and Dutch law in Nijmegen, he completed another bachelor’s degree in English European law at the Nottingham Trent University in the UK with a First Class Honours distinction.

Not only at European level have there been significant developments in State aid law in recent years (see also our earlier blog), it has also become more relevant at national level. Since the COVID-19 crisis,…

This is the Competition Flashback Q3 2022 by bureau Brandeis, featuring a selection of the key EU and Dutch competition law developments of the past quarter (see the original version here). Would you like to…