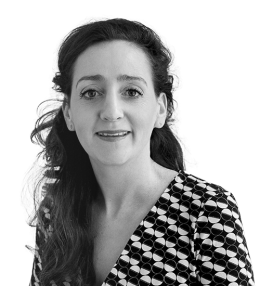 Lara Elzas is an attorney-at-law at bureau Brandeis. She specialises in (European) competition law and sector-specific regulation.

Lara has extensive experience with all aspects of (European) competition law, including (phase one and phase two) merger control, cartels and abuse of a dominant position cases. Lara also has specific knowledge of the Market & Government Act and the ‘Platform-to-Business’ regulation.

Before joining bureau Brandeis, Lara worked as a senior lawyer in the competition department of the Netherlands Authority for Consumers and Markets (ACM). She worked on a variety of complex competition law cases in different sectors (such as media, digital, retail, agriculture, transport and maritime). She gained extensive experience in advising on and analysing  competition law issues, conducting market interviews, oral hearings and dawn raids of the ACM. Lara also worked on international matters, such as participating in the cartel expertise group of the European Competition Network (ECN). Moreover, Lara was seconded to the European Commission for several months where she worked in the Directorate-General for Competition on a major second-phase merger case in the steel industry and was involved in an international cartel investigation.

In 2020, Lara finished with distinction the postgraduate specialisation course in Competition Law  at the Grotius Academy. In 2015, Lara obtained a Master’s degree in European Law and a Master’s degree in Corporate Law at the University of Leiden. In addition, she participated in the Honours Programme for Master students of Leiden University. During her studies she was, among other things, active in Mordenate, a study association for leading students of the Leiden Law Faculty. She also did a six month-exchange-programme at the Universitat de Barcelona and interned at a leading law firm in the (European) competition law department.

In this first of two blogs on recent developments of the Dutch Act on Government and Free Markets (“M&O Act“) (in Dutch: Wet Markt en Overheid), we discuss in a nutshell the legislative proposal to…