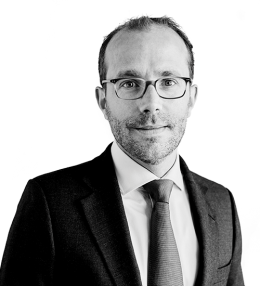 Bas is a partner at bureau Brandeis. He is an experienced lawyer in the field of (European) competition law and is also a recognised specialist in the field of regulated markets (such as telecoms, media, mail and parcels, healthcare, fintech, energy and mobility). Bas provides companies and their management with guidance in dealings with the Netherlands Authority for Consumers & Markets (ACM), the Dutch Healthcare Authority and the European Commission and has represented clients in more than a hundred (both administrative law and civil) cases in the field of competition law and economic regulation. He defends companies in (alleged) cartels and during dawn raids and in abuse of dominance matters and on almost a daily basis advises and litigates on distribution systems, forms of collaboration and state aid. Bas is seen as a trusted advisor and also often acts as counsel’s counsel for specific matters of (European) competition law, for example in the context of takeovers and joint ventures.

Bas studied in Leiden, Paris and London and was called to the bar in 2001. Before joining bureau Brandeis he was a long-time employee of Allen & Overy (Amsterdam and Brussels) and was one of the co-founders of Maverick, a niche firm focusing on competition law. Bas has a great many publications to his name and regularly lectures at the University of Utrecht and the University of Leiden. He has for many years been recommended by prestigious lawyer guides such as Legal 500, Chambers & Partners because of his knowledge of European competition law and regulated sectors. In 2018 Bas won a Client Choice award for “excellence in client service”. In 2018, 2019 and 2020 he was also voted a Future Leader in the field of European competition law by Who’s Who.

Reviews on Bas in these guides include: