Update: online gambling in the Netherlands: timing opening and other updates 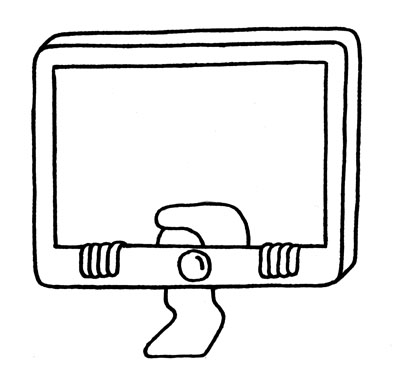 The measures taken in connection with COVID-19 can be felt in every sector, including games of chance. Fortunately, public life is gradually starting up again and landbased casino’s are expected to reopen on 1 July 2020. Also the process leading up to the entry into force of the Dutch Remote Gambling Act (Wet kansspelen op afstand) is moving ahead.

For instance, last week the Permanent Committee for Justice and Security of the Dutch Lower House held a meeting about among others the draft Decree Remote Gambling (Besluit kansspelen op afstand, “Decree”). It was decided that as a next step, the Decree will be scheduled for a plenary debate. The debate is currently scheduled for next week but the date may shift. We expect that it will take place before the summer recess starting on 3 July 2020.If everything goes as planned, the step thereafter will be that the Decree will be sent to both the Dutch Council of State (Raad van State) for advice and the European Commission, in order to be notified. This brings the Netherlands one step closer to the opening of the market.

No use of existing database

One important issue that came up recently in responses from the Minister for Legal Protection is the introduction of a prohibition to make use of the customer database that online operators built up before becoming licensed in the Netherlands. This prohibition shall be included in the license term. The Minister stated the following:

“A provider who offered remote games of chance in the Netherlands without a license prior to the entry into force of the Koa Act, and who is nevertheless in possession of an online gaming license after an intensive reliability assessment by the Gaming Authority, may not use his database of players in the Netherlands that he has built up in the previous period … .”

The reliability of applicants that already have been active on the Dutch market, will be assessed by the Netherlands Gaming Authority (Kansspelautoriteit; “KSA”) on the basis of the compliance with the so called ‘cooling off-criteria’. Earlier this year the Minister augmented the cooling off period from 2 to 2,5 years prior to the date on which an application is filed by an operator:

“In the transition to the necessary regulation of remote games of chance, the Gaming Authority, in the interests of a prosperous channelling of this reliability assessment, temporarily assigns less weight to any previously illegal offer, provided the provider concerned has refrained from offering online games of chance specifically aimed at Dutch consumers in a period of at least two and a half years prior to the licence application and has demonstrably verified the age of players at the time of registration as of 1 January 2020.”

The Minister also elaborated on some advertising restrictions. The use of role models that have a substantial reach among minors and young adults (below 25) shall be prohibited. The Minister specified that role models will have to scrutinized in view of their reach on among others social media, in series and movies or music. He also explained that sponsorship of youth teams and logos of licence holders on products worn by children is covered by the prohibition to target minors.

Timing and next steps: market opening in 2021

Licenses and what preparation

Operators that did not offer online gambling to the Dutch market without a license, shall be able to apply for a license as soon as the application process opens in 2021. Unlicensed operators that were already active have to comply as noted earlier with the cooling off criteria and are expected to file their applications as of 6 months later.  It is expected that a large amount of operators will apply for a license when the application procedure starts. This is also the expectation for operators that have to comply with the cooling off-criteria and that can first apply 6 months later. In total, the KSA is expecting to grant around 90 licenses.

As the requirements for the license application are for the majority available, see also our previous blog, and as these are quite extensive, operators interested in the Dutch market are recommended to start preparing their applications!

For questions, more information or assistance with an application for online gambling in the Netherlands, you can contact Machteld Robichon or Fransje Brouwer.

Online gambling in The Netherlands: Market about to open

After many years of waiting, the market for online gambling in The Netherlands will finally open. As things currently stand, it will be possible for providers to request a license as of 1 January 2021….