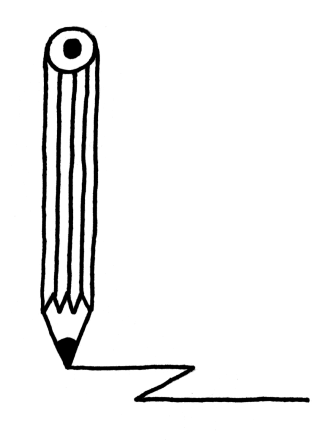 Until recently, competitors and customers were left empty-handed in the case of a so-called ‘killer acquisition’. These are takeovers where a large, established company takes over a smaller, innovative and start-up competitor with the aim or effect of stifling innovation and/or eliminating potential competition. The reason for this was that many of these acquisitions do not have to be notified to a competition authority because the turnover thresholds are not met. Killer acquisitions could therefore not be assessed by the national competition authority or the European Commission. This has now changed.

On 26 March 2021, the Commission published new guidance on the application of the referral mechanism of Article 22 of the European Merger Regulation (“EU Regulation”). In addition to concentrations which are subject to notification to the national authorities, Article 22 of the EU Regulation also allows concentrations which are not subject to notification to be referred to the Commission for assessment.

The Commission is particularly interested in referrals of concentrations where the turnover of the parties does not accurately reflect their current or future potential. In practice, this will especially concern mergers involving new competitors and innovative companies. This will occur, inter alia, in digital, pharmaceutical, biotechnology and certain industrial sectors. The new policy is expected to have less impact on acquisitions in more traditional markets.

On 26 March 2021, the Commission announced a major reform of the EU regulation. One of these major changes is a new policy on the application of Article 22 of the EU Regulation.

Article 22 of the EU Regulation allows one or more national competition authorities to refer a concentration to the Commission for examination when it may significantly affect competition in the internal market. The article dates back to 1989 when many Member States did not yet have a national merger control regime and therefore still had the possibility to have potentially anti-competitive concentrations examined by the Commission. Article 22 is also called the ‘Dutch clause‘ because it was introduced at the request of the Netherlands, which did not have merger control at that time. The article explicitly refers to concentrations that do not require notification. However, after almost all Member States had introduced a merger control regime, the importance of Article 22 significantly declined. It was even the Commission’s policy to discourage referrals of non-notifiable concentrations on the grounds that the concentrations would generally not significantly affect competition in the internal market.

The new policy did not just come out of thin air. There had been a desire for some time by competition authorities to be able to assess killer acquisitions. The discussion was sparked in 2014 by Facebook’s acquisition of Whatsapp. The acquisition was not subject to notification in many member states because of Whatsapp’s low turnover. However, the acquisition was ultimately assessed by the European Commission because the acquisition was notifiable in three member states and was therefore qualified for a referral under Article 4(5) of the EU Regulation. The Commission approved the merger. This case was one of the reasons for Germany and Austria to adopt new laws introducing an additional notification threshold based on the value of the transaction. The Dutch Consumer and Market Authority (“ACM”), the Luxembourg Conseil de la Conucurrence and the Belgian Competition Authority (“BMA”) wrote a Benelux memorandum on the supervision of competition in the digital sector. This memorandum argued for a change in the notification thresholds, for example by introducing an additional threshold based on market power and/or the value of the transaction.

Shortly after the Commission’s communication on the reforms of the EU merger control regime, it became known that the acquisition of Grail by Illumina was a test case for the application of the Commission’s new policy. For the first time since 1999, an Article 22 request was made without any of the expanding Member States having jurisdiction to assess the merger.

Illumina is one of the largest players in the world in the field of gene sequencing. Grail is a young company developing a blood test to detect about 50 types of cancer at an early stage by DNA sequencing. The company has no turnover in the EU, which means that, in principle, the concentration does not need to be notified to the Commission or the national authorities of the EU Member States. However, the acquisition had to be notified to the US Federal Trade Commission and is under attack there.

In February, the Commission expressed concerns about the potentially anti-competitive effects of the proposed merger in the field of cancer tests and encouraged national competition authorities to file a referral request in line with the new policy. The French Autorité de la concurrence has responded to the call and the ACM, BMA, and Greece Competition Commission supported the request. The acquisition was not subject to notification in any of those Member States. The Commission has accepted the request and will assess the proposed acquisition.

The referral request has caused quite a stir. Illumina brought lawsuits against the request in the Netherlands and France, but lost both cases. The case will undoubtedly be contested before the Court of Justice of the European Union. The new policy leads to much legal uncertainty in mergers and acquisitions in which a dominant competitor takes over a promising start-up. It is therefore important to take this into account during the (contract)negotiations of the acquisition. For example, when drafting the suspensive conditions in the contract, one should take into account the possibility of a referral to the Commission, even if the competition authorities in the Member States concerned do not have the power to assess the concentration themselves. On the other hand, the new policy also provides more opportunities for third-party stakeholders, such as competitors and purchasers, to complain.

What to do in case of a killer acquisition

Is a dominant competitor or supplier of yours taking over a promising start-up? Then take the following actions.