Is copyright the devil? Or should we store Icebergs in the Sahara? 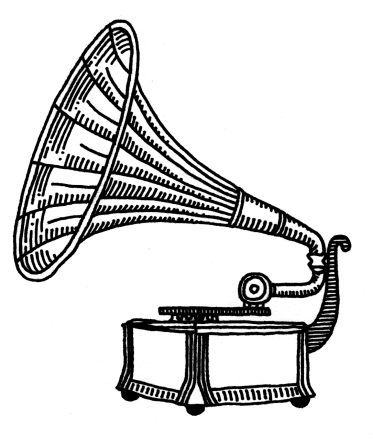 If I would only find myself on Twitter and not in real life I would almost believe that copyright is just a burden, just so much dead weight. And today I have the honour to exchange ideas with you about whether this is in fact true. Is copyright the devil?

Before answering this question, I should first explain, of course, who I am, because when you hear a message, it is always a good idea to realise who the messenger is. I am a lawyer specialised in copyright and active in the creative industries. In other words, I earn my money with copyright. I breathe copyright. I work for large organizations in the field of music, books and films that earn their money by exploiting copyright. So I am a lawyer working for the majors and I fully understand the side of the big earners in the world of copyright. So tell me, do you expect me to give you an objective answer to the question whether copyright is the devil, what do you think? Am I objective or not?

Let’s take it one step further. As a lawyer I also represent artists and those who challenge claims to another’s copyright. I summon collecting society´s, or bring proceedings against them before Competition Authorities. I advise people how to escape the clutches of BREIN (that our Dutch copyright police). In recent years, I have provided legal support for many initiatives launched by people who are trying to create an alternative, such as Sellaband. As a result, I see the other side of copyright exploitation in the music industry every day; this other side often results in initiatives dying an early death. So let me ask the question again. Do you expect me to tell an objective story, yes or no?

Let me first make this speech absolutely boring. What in fact is copyright? Copyright is the author’s exclusive right to exploit a work. Nobody else has that right. And rights exploited in the music industry are our subject today. Today we are talking only about the music industry, because in this industry, copyright functions or hinders creativity totally differently from the way it works in other sectors. For instance in the book business, contracts are much more balanced than in the music business, and so there are fewer conflicts. Another example, developments in the fashion industry are so fast that copying does not make sense: by definition, those who copy lay behind in this business. So let’s get back to our beloved music industry.

And what’s the excuse from those in the music industry that invoke copyright? That they are on the side of the creative, because it is the interests of the poor musician that is promoted by all collecting societies, music watchdogs such as BREIN, publishers and record companies. That sounds good, in fact it sounds almost holy, but it is bullshit. All these organizations are acting primarily in their own interests. In itself, there is nothing wrong with that. As you might gather, I also act in my own best interests, as everybody in this room does. But it is important to get the facts clear here today. These representatives act in their own interests, not in the best interests of the composer or artist or the consumer for that matter. So copyright is not about protecting creativity but about collecting money. That´s why they are called collecting societies.

In practice, composers assign their copyrights to collecting societies and publishers and grant licences to record companies for the purpose of making recordings. And so, when the dust has settled, the composers’ and artists’ place is taken over by the middlemen who represent their interests.  By collecting societies, by BREIN, by Warner Music, by Sony ATV et cetera. Their priority is not protecting the author’s creation but making money off the author’s work. Copyright is not the right to copy, but the right to a creative income.

And how is this right exercised nowadays? Lets talk about the business of digital downloads. As early as 2002 there were entrepreneurs that understood that digital downloading was the new model and that the industry really had to get started with making the most of that. To sell digital downloads, parties had and have to get in touch with all cbo´s  in Europe to be granted a licence for each territory. And some societies grant licences more easily than others, for which reason Spotify is available in the Netherlands but not in Germany.

After getting a deal with them parties must get an agreement with all record companies to exploit the relevant recording and performance rights. Do you know how many record companies and publishers there are in the world? Experience shows that it takes a long time to even make an appointment with anyone in the music industry in the first place, let alone reach an agreement. And then the business faces prohibitive financial requirements.

Let me illustrate this with an example. It’s a bit of a complicated one since it contains figures and maths. So I try keep it simple. We all know that thanks to iTunes, the selling price of a download is 1 euro or a dollar worldwide. In other words, you cannot ask more than 1 euro for a download, because otherwise you do not sell anything.  That includes VAT; in other words, your net selling price is 83 cents. Make a mental note of this figure, your maximum net selling price is 83 cents.

Now let’s do some figuring. Collecting societies demand 10% of your selling price, with a minimum of 10 cents per track (be it somewhat lowered these days in some countries), the record companies demand at least 70% of your selling price with a minimum of 70 cents per track. We then arrive at 80 cents and then only the music industry is paid. Remember your maximum selling price of 83 cents? So you bought something for 80 cts and you can not sell it for more than 83 cts. You now have 3 cts per track to work with. You have to pay the operating costs of the entire organization. The software, the office organization, the web application, maintenance, distribution (bandwidth costs) and then you have to make a profit, too.  In this example, you are absolutely certain to suffer a loss on each and every track you sell.  And that is even before you have paid your staff and yourself. This is exactly why even iTunes is not profitable.

And if all these parties have granted permission, which will be even more time-consuming than your whole business plan, you are often supposed to pay in advance, too, so you will be bankrupt even before you have properly started. It used to work like this. Anyone at the gate of the music industry had to pay advances, so having a deal with the majors would mean to pay 200.000 euro up front. These advances were not returnable and only recoupable within the first year. So if you would not sell enough tracks, your money would be gone. Don’t think I’m only talking about the majors here. Some Indies behaved even worse. They would charge you a fixed fee up front for any right to a download whether sold or not.

For anyone familiar with normal figures in the music industry, these figures are ridiculous. A normal album that would cost 18 euro in the store is sold to retailers for about 10 Euros. So retail has a healthy margin to work with. And amongst themselves the prices are even lower. If a record company wants to clear the right of a track for a compilation album it would be charged 5 cents per track, for a number one hit, max 15 cents. So one record company charging another one for max 15 cents per track. Remember the figures. If a retailer wants to sell a physical compilation cd, he would have to pay 10 Euros and with a normal price of 18 Euros would have enough margins to work with, to even lower the net selling price. If however a retailer in the example above would want to sell a digital download, he would be charged 80 cts at least with a maximum selling price of 83 cents. And that is, I repeat, why even iTunes isn’t a viable business model in itself.

So what happened here? By invoking copyright, these parties have succeeded in obstructing developments in digital music exploitation in this way for years now. For this reason, music consumption has gone its own way. People thought: if we cannot do it legal, let’s do it illegal. And this is how Napster, Kazaa, Mininova, and Piratebay were created and apparently, this exploitation satisfied a need that the music industry failed to respond to. And as a result, the big wigs in the record industry and the societies of this world sit with their fat asses on a big pile of content while this content is creeping outward under their own weight, becomes fluid and is dispersed  all over the place beneath them. But it is to no avail to the industry itself.

Imagine all the music in the world as one large iceberg. This iceberg is guarded by the music industry. If you want a chunk out of it, you must buy it. But they made a big mistake; they are desperately trying to store this iceberg in the Sahara and refuse to tow it to a safer place. They might even think that it’s too expensive to tow the iceberg all the way up to the poles. The tragedy is that the industry is not even aware that the iceberg melts, so what they are trying to sell is slipping away and is freely admissible as plain and simple water. So on the Internet music is available like water, entirely free, but, unfortunately, illegal.

And here the execution of copyright kicks in. Has copyright been an exclusive property right until now? I propose that we replace it with the right to a creative income.  The creative who communicates his work to the public or reproduces it must be paid for it, but there will be a different point of departure. Let’s not longer require from all parties to ask for prior permission, but make it possible to just exploit music and pay a fee for that afterwards.

What should we agree about?

If we reach agreement on this, we will be able to enjoy music legally at last.

Let’s wrap it up. The current copyright system is ok in most cases, but the underlying idea does not work for digital music. Remember that copyright is not there to protect the creative but to earn a creative income. It turns out that a copyright system based on exclusive rights and prior permission is not effective at all on the Internet.

Let me finish.. Let us make sure that in the future music copyright will no longer be a right to intellectual property but a right to creative income. You always have permission, provided that you pay a reasonable fee afterwards. What we need is play now and pay later.And please industry, remove this iceberg from the Sahara.
Eurosonic Noorderslag 2011

The State of the Netherlands acted unlawful by enacting private copying legislation under which certain digital devices were not imposed with a levy. This is the outcome of a case the attorneys of bureau Brandeis…

Today, the European Court of Justice (ECJ) rendered its judgment in the long-awaited Svensson-case. In short, this case concerns the question whether the placing of a hyperlink by someone other than the copyright holder constitutes…