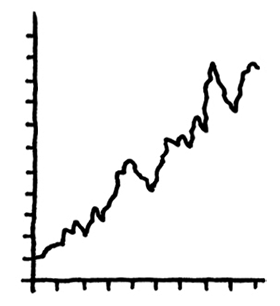 This update highlights some recent decisions from the Dutch courts relating to banking relationships, regulatory obligations and transparency in the financial services sector. Contact us if you have any questions or find out more about bureau Brandeis’ Financial Services Litigation here.

No termination of banking relationship without concrete evidence of AML breach
In this case a bank had blocked a client’s bank accounts based on the Money Laundering and Terrorist Financing Prevention Act (Wet ter voorkoming van witwassen en financiering van terrorisme; Wwft) for not providing sufficient information on its suppliers and customers, whilst the account gave signs of involvement in fraud and money laundering. The bank’s client had moved from trading used car parts to selling small electronics and claimed continuation of the account agreement.

The preliminary relief judge of the Amsterdam Court ordered the bank to continue the relationship in the usual manner. According to the court, a bank cannot terminate its relationship with a client and block its accounts if its Anti-Money Laundering (AML) concerns are not sufficiently demonstrated in the specific case.

The court held that the standards of reasonableness and fairness imply that termination of a banking relationship can only be based on sufficiently compelling grounds in the given circumstances. This requires due consideration of all interests.

In this context, the court attached importance to the bank’s duty of care and the access of account holders to payment transactions. At the same time, it also considered important that account holders enable the bank to comply with its obligations towards regulators and to protect the reputation of the bank and the integrity of the financial system.

Is requesting enforcement a successful way to elicit an administrative ruling?
Anyone can request a regulator to take enforcement measures against a market party in case of non-compliance with laws and regulations. Special about this case is that the enforcement request at hand was submitted by a market party in relation to conduct concerning its own product. This market party was the holder of a portfolio of credit agreements, for which a regulated entity acted as its portfolio manager.

The purpose of requesting enforcement against oneself, was to obtain a judgment from the court on certain policy amendments the AFM had requested from the manager. The AFM sent a letter to the manager in which it requested these amendments, whilst the amendments affected the market party.

The market party itself was not a licensed entity, but an affiliated undertaking of the portfolio manager which did hold an AFM license.

In the court proceedings, the AFM took the position that it does not have power to take enforcement action against the – unlicensed – market party. The court agreed with the AFM and considered that market conduct supervision of affiliated undertakings takes place through the central regulated legal entity. The latter is supposed to exercise control over the affiliated entities’ compliance with the rules and legislation.

In addition, the market party attempted to object and appeal against the AFM’s letter. The court confirmed however that no appeal lies against the AFM’s letter to the portfolio manager. The reason for this was that the letter was just a confirmation of what was discussed, and not a definitive administrative ruling on applicability of a legal provision.

Limited transparency and public access to information at financial regulators
Under the Government Information Public Access Act (Wet openbaarheid van bestuur), anyone can request a government body for information about an administrative matter. The Dutch Central Bank (De Nederlandsche Bank, ‘DNB’) and its regulatory counterpart the Netherlands Authority for the Financial Markter (Autoriteit Financiële Markten) however, are in principle excluded from the applicability of this Act.

The key question in this case was whether or not this exception for the financial regulators merely regards confidential information relating to supervision of individual financial institutions. This in view of the duty of secrecy as laid down in the Netherlands Financial Supervision Act with regard to confidential information obtained pursuant to supervisory powers.

According to the applicant in question, information on the financing of, in this case, DNB and the funding of financial supervision does not fall under the exception and should be made public.

The Council of State (Raad van State), the highest administrative court for these matters, found that the exception makes no distinction between types of documents. Therefore all documents following from and relating to supervision of financial institutions are excluded from requests to disclose such information.

Also in respect of the requested documents in this case, the Government Information Public Access Act does not apply to DNB. The fact that DNB did provide some information on the topic without being obliged to do so was not considered arbitrary.

Given developments potentially jeopardizing the assets and solvency of the life insurer, financial regulator DNB intervened and prepared a plan for transfer of the shares in the life insurer, which instrument DNB has to execute the compulsory transfer of an ailing bank or insurer. In the eyes of DNB, the insurer’s board and shareholders failed to take sufficient measures to strengthen the capital position of the life insurer. DNB ultimately requested the Amsterdam Court to approve its transfer plan and pronounce the transfer regulations.

The courts’ decision was only subject to appeal in cassation with the Supreme Court of the Netherlands.

It has confirmed that the court can approve a transfer plan if it summarily appears that there are dangerous developments regarding the assets, solvency, liquidity or technical facilities.

Although there has been a change in legal terminology to bring the relevant criterion of the Financial Supervision Act (Wet op het financieel toezicht, ‘Wft’) in line with the Bankruptcy Act (Faillissementswet, ‘Fw’), this did not change the extent of the review says the Supreme Court. The court still is to perform a cautious review of such situation.

In the Supreme Court’s view this is exactly what happened. The court examined the substantive arguments of both parties and did not perform a more cautious review than the law requires. As a result it’s decision is upheld. The full decision can be read here in Dutch: Hoge Raad 17 mei 2019 ECLI:NL:HR:2019:746

For the first time in a while, the financial supervision chamber of the Rotterdam District Court has dealt with a market abuse case. The Authority for the Financial Markets (AFM) had imposed an administrative fine…