Update – Brexit case in the Netherlands 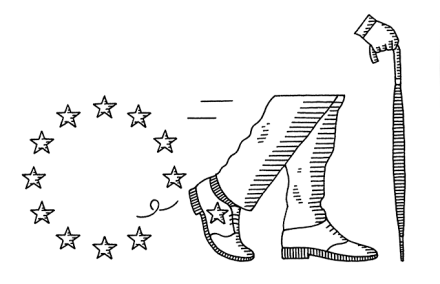 Once an EU citizen, always an EU citizen? That sums up the complex legal questions put forward to the summary Judge Mr Floris Bakels in a case that may have severe consequences for the rights of Britons living on the continent. The case was initiated by and on behalf of Britons living in the Netherlands who claim that the Dutch state and the city of Amsterdam must ensure their EU citizenship rights. The claimants were represented by bureau Brandeis. On 17 January 2018 a hearing in summary proceedings before the Amsterdam District Court took place. The ruling is expected on 7 February 2018.

During the hearing, the claimants argued that the negotiating parties of both the EU and the UK incorrectly assume that the consequence of a Brexit is that Britons will automatically lose their EU citizenship and connected rights guaranteed by article 20 Treaty on the Functioning of the EU (“TFEU”). The Brexit has sparked a vehement debate on whether EU citizenship and connected rights are inalienable. It follows from previous case law from the EU Court of Justice that the rights of EU citizens are to a large extent autonomous. The claimants therefore requested the Court to ask questions to the EU Court of Justice on how article 20 TFEU must be interpreted.

Whether the EU and the UK will succeed in reaching a Brexit deal is uncertain. On 8 December the negotiating parties published a “sufficient progress” report.

The EU citizens rights are at risk, now the UK has invoked article 50 Treaty on European Union (“TEU”) that regulates the withdrawal from the EU. The fact that the UK has triggered article 50 TEU opens a box of Pandora with questions on the exact procedure. For example, concerning the content of the withdrawal agreement and to which extent it must be ratified by all Member States. The claimants therefore requested the summary Judge to also ask questions to the EU Court of Justice on how article 50 must be interpreted.

The defendants, the Dutch state and the municipality of Amsterdam, represented by Pels Rijcken & Drooglever Fortuijn, primarily argued that the issue is a matter of politics and that there is no real dispute. Nevertheless, they disputed the interpretation of article 20 TFEU the claimants put forward.

Several media outlets reported on the case, amongst others:

Judgment will be delivered on 7 February. Through these links you can read the writ of summons and the memorandum of pleadings (in Dutch only). We will keep you posted.

The COVID-19 pandemic, the shortage on the housing market and the rising energy prices have created some recent tensions in the area of consumer law. These themes are also reflected in the agenda of the…

Distribution or purchase agreement: the importance of correct qualification

To know the mutual rights and obligations of the parties, it is important that contracts are qualified correctly. Correct qualification is also important to determine the jurisdiction of the court and the law applicable to…