The principle of effectiveness in cartel damages litigation 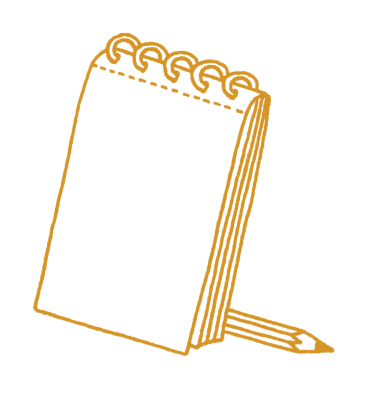 In Europe cartel damages litigation is picking up speed. In contrast to the US where this kind of litigation has been practiced for decades, in Europe it all started only 16 years ago with the introduction of Regulation 1/2003[1] by the European Commission followed by the so-called Manfredi judgment[2] three years later.

The Regulation was introduced to increase the effectiveness of public enforcement by national and European competition authorities. And that desire for effectiveness has proven to be a fierce weapon for plaintiff counsel.

In Manfredi, the Court of Justice of the European Union (CJEU) summarized its preceding case law and held that once an infringement of Article 81 EC[3] has been committed, any individual should be able to rely on the invalidity of an agreement or practice prohibited under that article before a national court. In the Manfredi case, Vincenzo Manfredi, an Italian national, started national private damages litigation against a number of insurers who had agreed to a concerted practice of raising their premiums, which was held to be an infringement of national competition law. The Manfredi case has since proven to be a cornerstone for the theory and practice of private damages litigation, by introducing the so-called principle of effectiveness (effet utile) into cartel damages litigation. The direct effect principle ensures the application and effectiveness of European law in EU countries.[4]

How have courts applied this principle in cartel damages cases since Manfredi? First, it is important to note the introduction of the so-called Private Damages Directive[5]. With this directive, the European Commission introduced a tool kit for plaintiffs to seek damages, including the presumption of harm once a cartel has been discovered. A decision of the European Commission has to be respected by the national courts and cannot be rebutted by parties.

The Dutch Supreme Court first held in TenneT[6],  that according to EU law, anyone must be able to claim compensation for the damage caused to them by an agreement or conduct which is capable of restricting or distorting competition, and that would not preclude national courts from ensuring that the protection of rights guaranteed by the EU legal order does not result in the unjustified enrichment of the beneficiaries (referring to the so-called Courage and Crehan case)[7]. In the absence of EU law, the estimation of damages by the Dutch Supreme Court takes place in accordance with Dutch law, with due regard for the principle of equivalence and the principle of full effectiveness. The Supreme Court subsequently considered whether the Private Damages Directive was applicable in this case, which clearly it was not, since the infringement referred to the Supreme Court took place long before the transposition of the directive, and the preamble of the directive even explicitly states that the directive has no retroactive effect. Nevertheless, the Supreme Court (quite remarkably) held that, despite the non-applicability of the directive, Dutch law has to be interpreted in such a way that the outcome of a case should not be contrary to the directive.

In 2018, the German Supreme Court followed suit by giving leeway to plaintiffs with regard to limitation periods. It considered that cartel damage claims are not only based on norms, but also on the effectiveness of the sanctions on cartel damages.[8]

More recently, the CJEU held in the so-called Skanska case[9] that companies, interpreted as an economic unit, are liable for the damage caused by the cartel. This is also the case when it  changes its identity through restructurings, sales or other legal or organizational changes.  The CJEU ruled:

“Therefore, if the undertakings responsible for damage caused by an infringement of the EU competition rules could escape penalties by simply changing their identity through restructurings, sales or other legal or organisational changes, the objective of suppressing conduct that infringes the competition rules and preventing its reoccurrence by means of deterrent penalties would be jeopardised”[11]

Inspired by the Skanska case, the Barcelona Provincial Court just recently in October 2019 referred a preliminary question to the CJEU:

I conclude with the so-called Cogeco case[12], in which the CJEU held that the principle of effectiveness can set aside national limitation periods. The court ruled:

“Accordingly, the rules applicable to actions for safeguarding rights which individuals derive from the direct effect of EU law must not be less favourable than those governing similar domestic actions (principle of equivalence) and must not make it in practice impossible or excessively difficult to exercise rights conferred by EU law (principle of effectiveness).”[13]

I come to my conclusion. The principle of effectiveness can pierce the corporate veil (Skanska), can set aside limitation periods (Cogeco) and even European Regulations (Tennet). The defense counsel thus has more to deal with than just the plaintiff’s counsel.

[4] The direct effect of European law has been enshrined by the CJEU in the judgement of Van Gend en Loos of 5 February 1963. In this judgement, the Court held that European law not only engenders obligations for EU countries, but also rights for individuals. Individuals may therefore take advantage of these rights and directly invoke European acts before national and European courts.

[5] Directive 2014/104/EU of the European Parliament and of the Council of 26 November 2014 on certain rules governing actions for damages under national law for infringements of the competition law provisions of the Member States and of the European Union Text with EEA relevance.