Press release: Dutch subpoena Minister of the Interior due to cooperation with NSA 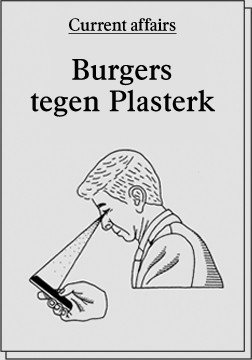 Amsterdam, November 6th 2013 – Today a coalition of citizens and organizations initiates legal proceedings against the Dutch State, represented by Ronald Plasterk, Minister of the Interior. They demand that the Dutch State stops using data that has not been obtained in accordance with Dutch law.

Plasterk condemns the spying and eavesdropping of the NSA, but he acknowledges that data between the Dutch intelligence service, AIVD, and the American NSA is being exchanged. In this manner, the Dutch State obtains data that has illegally been collected by the NSA. The coalition of The Dutch against Plasterk opposes this. Furthermore, the coalition demands that the State informs the citizens whose illegally obtained data have been used.

Coalition of The Dutch against Plasterk

The attorneys from bureau Brandeis have filed the lawsuit for the coalition of citizens and organizations. Founder Christiaan Alberdingk Thijm: “By using data that has been illegally acquired through the NSA, they are ‘laundered’ by Plasterk and his secret services. This case should put an end to that unlawful conduct.”

Jeroen van Beek: “It seems that the Netherlands ‘shopped around’ at foreign governments for data it cannot acquire here legally. Nobody seems to be accountable for or is transparent about what exactly happens in the Netherlands. The court must critically examine this.”

bureau Brandeis is a law firm specialized in complex litigation and cases concerning privacy violations. It has a preference to cases that create benefits to society as a whole. bureau Brandeis was founded in 2013 by internet attorney Christiaan Alberdingk Thijm.

The Dutch government would contravene the right to privacy of Dutch citizens by introducing a centralised storage system for fingerprints, submitted to obtain a passport. This is the outcome of a case of Privacy First…