On APPAs, MFNs and a tenacious German competition authority 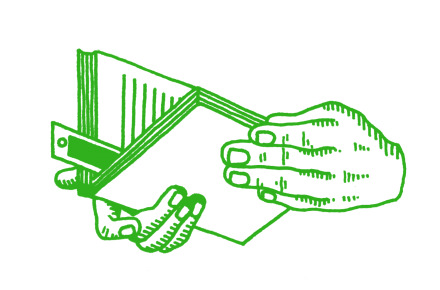 The rise and rise of online (booking and other) platforms in digital markets has been a headache for competition authorities for some time now, ever since (in 2015) they first came across a new type of agreement known as ‘across platform parity agreements’ (APPAs). Essentially, APPAs are Most Favoured Nation clauses (MFNs) but then applied to and in an online setting. These agreements, which are initiated by online platforms, ban suppliers from selling their products or services at a price below the price on the online platform. APPAs became an especially familiar (or more accurately: infamous) sight when Booking.com started imposing them on hotels. Although most European competition authorities (including the Italian, French and Swedish ones) accepted the promises made by Booking.com in this regard, the German Federal Cartel Authority (the Bka) is still involved in an intense legal battle as it tries to get such agreements banned in their entirety. The Bka has carried out a study into the effect that APPAs have on the online booking market, publishing its findings recently in a report. This blog looks at the consequences of using APPAs, the findings from the Bka report and the legal options that suppliers have for taking the offensive against APPAs or MFNs.

APPAs can be subdivided into two types. Narrow APPAs require suppliers to refrain from offering their products cheaper on their own website than they do on the online platform that initiated the APPA. This is a vertical relationship, where a ban is imposed by the ‘retailer’ – in this case the online platform – on the supplier. In some cases, however, the application of APPAs is extended into the horizontal relationship. This is the case with so-called wide APPAs, under which suppliers are not only not permitted to supply their products cheaper on their own website but are also prohibited from doing so on other online platforms. A real-life example of this is Booking.com, which made an APPA part of its own general terms and conditions. Its APPA barred hotels from offering their rooms more cheaply, not only on the hotel’s own website (‘narrow APPA’) but also on other online booking platforms (‘wide APPAs’) such as Trivago, Expedia and Airbnb. However, these agreements are applied in more than just the online booking market, as they may be seen in any online marketplace. In the Netherlands, online food order and delivery service Thuisbezorgd.nl has agreed narrow APPAs with restaurants that affiliate with its platform. According to the ACM (the Netherlands Authority for Consumers and Markets), these clauses do not give rise to any issues under competition law at the present time. However, in 2017 the European Commission rapped Amazon’s knuckles for imposing (online) MFNs on publishers of e-books. APPAs are proving problematical in the United States too, with the American Supreme Court ruling in 2016 that Apple’s MFNs for e-books in its App Store were illegal. Apple ultimately paid a compensation settlement of $400 million to the publishers in question.

The negative and positive impact on competition

So, what is the competition law-related problem with APPAs? Putting it simply: wide APPAs can lead to price uniformity across the entire platform market, since suppliers have to adjust their price for all online platforms if they change their price. As a result, a platform can then increase the commission that it requires its suppliers to pay. This also leads to the price increase that usually results from commission increases, which is then being applied on other platforms as well. This in turn means that if it is no longer possible to compete on price, platforms make all their investments in advertisements and in the quality of the platform. As a result, the barriers to entering the online platform market will be raised significantly.

However, the negative impact that APPAs can have must also be set against its positive effects. For example, the possibility of free-riding is prevented. Since prices are the same everywhere, customers have no incentive to search for and select a product on one platform before actually buying it more cheaply somewhere else. This reduces the risk that other parties will benefit from the investments that you have made. What’s more, APPAs offer a solution to the hold-up problem, as the certainty offered by an APPA means that there is now no barrier to investing in relationship-specific contracts.

The German competition authority takes it one step further

The Bka is of the opinion that narrow APPAs have to be prohibited too. This decision by the Bka in 2015 was first successfully contested by Booking.com and quashed by Düsseldorf’s OLG (Higher Regional Court) in 2019. The Bka then submitted an appeal against this OLG ruling to the BGH (the Bundesgerichtshof/Federal Supreme Court), Germany’s highest private-law court. This case is still ongoing. The Bka has carried out a related study, whose findings were published recently. This study relates to the period from 2015 to the summer of 2018, during which time the narrow APPAs were removed from the marketplace.

The Bka cites several findings from its report that in its opinion demonstrate that narrow APPAs are definitely anticompetitive. In other words, according to the German competition authority, a ban on all types of APPAs should be implemented.

First of all, the Bka is of the opinion that the ban on APPAs has not been detrimental to Booking.com’s business. The Bka’s study reveals that this online platform has not lost any market share in the sector of supplying accommodation to consumers in Germany. On the contrary, the Bka has found that Booking.com has even become market leader despite the absence of APPAs.

Secondly, the removal of APPAs from the platform market has led to increased competition (or at least to increased options to compete) on the part of hotels. Without APPAs, hotels are free to decide on their own pricing strategy and in this way to compete with other hotels. What’s more, this new freedom reduces the dominant position of platforms. This is because when APPAs are used, hotels are to a greater extent bound by the ranking assigned to them by the online platform (often against payment).

Finally, the Bka finds that there is almost no risk of free-riding. This finding is at odds with the idea that APPAs are actually intended to prevent free-riding. The Bka’s study reveals that two-thirds of users do not consult any other platform before booking a hotel. In almost all these cases, Booking.com is used as the first and only platform to book the accommodation. In other words, according to the Bka, there is almost no likelihood of free-riding, which eliminates the (supposed) need for APPAs.

The Bka also appears to be arguing that Booking.com has grown significantly even without APPAs. From the standpoint of Article 102 TFEU (the Treaty on the Functioning of the European Union), you can also argue that – in the case of Booking.com – APPAs make almost no difference to this platform’s opportunities for growth. Booking.com is such a major presence in the online booking market that such agreements may no longer be necessary to limit losses and to stimulate growth. However, this does not mean that the same is true for the smaller platforms, as (narrow) APPAs would actually make it possible for them to run fewer risks and to secure growth. Banning APPAs purely on the basis of this information may however give an incomplete picture of the options offered by these agreements in practice.

To sum up, then: APPAs can have a far-reaching impact on competition. According to the Bka, even narrow APPAs can cause problems, with its findings appearing to show that narrow APPAs do actually restrict competition. The Bka’s decision could provide a way for suppliers to get out of such agreements, which in many cases are still deemed to be reasonable. If the arguments that the Bka has submitted to the BGH ultimately prevail then suppliers in all kinds of markets could contest the APPAs and MFNs they are bound by. For example, the ‘best price’ guarantee currently offered by Thuisbezorgd.nl could come under fire. This would in turn mean that suppliers would once again be free to decide the pricing strategy on their own website themselves and to do so independently of the strategy they employ for an online platform such as Deliveroo or Uber Eats. These developments could also have a major impact for suppliers to online markets and price-comparison websites such as Bol.com, Amazon.nl and Beslist.nl. Prohibiting APPAs creates more room to compete, with the power and dominant position of the (major) platforms being reduced as well.