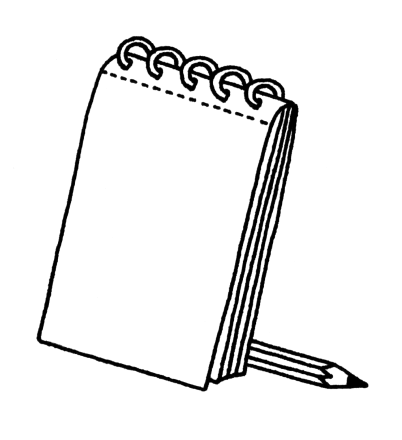 In recent years, the EU has become increasingly aware of the specific risks associated with an open investment climate. This has resulted in, among other things, legislative proposals on a national and European level to tighten the supervision of (foreign) investors. The rationale behind these initiatives is to prevent distortion of competition as a result of foreign subsidies and to protect important infrastructure and sensitive technology. This allows the EU to, for example: monitor investments from the Chinese government; assess the extent of economic influence from the US; and prevent political interference from, for instance, Russia.

This blog discusses two legislative proposals, each of which would lead to stricter supervision of investors – particularly in the case of mergers and acquisitions. These proposals should be seen as additions to existing notification requirements for concentrations, both at the EU level with the Proposal for a Regulation on foreign subsidies distorting the internal market; and at the Dutch level with the proposed Security Screening Investments, Mergers and Takeovers Act.

Proposal for a Regulation on foreign subsidies distorting the internal market

Until now, only subsidies granted by European member states have been subject to (European) supervision in the form of state aid rules. However, (state) companies can also obtain a competitive advantage over EU companies through the use of foreign subsidies, which can distort competition. According to the Commission, the existing international and European instruments do not offer enough tools to address these imbalances. The Regulation aims at filling this regulatory gap.

The following table summarises the main aspects of the two instruments of the Regulation subject to notification.

In addition to the supervision of concentrations and procurement, the European Commission may also conduct ex officio investigations into certain companies or sectors where it suspects the use of foreign subsidies that distort the internal market.

The concept of foreign subsidies is broadly defined as ‘financial contributions’ made – directly or indirectly – by public authorities of a third country (including a private entity when attributable to the third country). The question of what constitutes a financial contribution must be decided on a case-by-case basis, taking into account the characteristics of the entity concerned and the legal and economic environment of the country in which it operates, including the government’s role in the economy.

When a foreign subsidy is found to distort the market, the Commission may impose structural and behavioural measures as a condition for the approval of a merger or a procurement contract. Undertakings may also offer commitments to remedy the distortive effect of a subsidy. Examples include: offering access to the acquired infrastructure; reducing capacity or market presence; refraining from making certain investments; granting licences; divesting certain assets; or even repaying the foreign subsidy.

The powers of the European Commission are relatively extensive. For example, the Commission may request all necessary information from the undertakings concerned, but also from other undertakings or associations of undertakings. Information can also be requested from EU member states and third countries (non-EU countries). Moreover, the Commission has the power to carry out inspections inside and outside the EU. Inspections outside the EU require the consent of the company concerned and the government of the country of establishment.

The proposed Security Screening Investment, Mergers and Acquisitions Act (Wet Veiligheidstoets Investeringen, Fusies en Overnames: the “VIFO Act”) follows the Foreign Direct Investment (“FDI”) Screening Regulation adopted in 2019. The FDI Screening Regulation is a European law that aims to encourage cooperation between EU Member States and the Commission on direct investments from third countries that may pose a threat to national security. It also contains a framework of basic requirements that all national screening mechanisms must meet. Although the Netherlands already had some sectoral screening mechanisms in place – as shown in the table below – the proposed VIFO Act serves to create coherence between the existing screening mechanisms and a safety net for other sectors that are not yet regulated by sector-specific legislation.

The purpose of the VIFO Act is to lay down rules enabling the screening of risks to national security posed by certain acquisition activities, such as investments and mergers. The acquiring investors involved in a screening process may be located in third countries, an EU Member State or in the Netherlands itself. This makes the VIFO Act non-discriminatory in nature.

The Act is relevant to companies that are involved in the vital infrastructure of the Netherlands and companies that develop sensitive technology. Examples of critical infrastructure are the electricity supply, Internet access, drinking water supply and payment systems. So far, 28 vital processes have been designated. As regards sensitive technologies, this concerns technology that can be used for military purposes and dual-use goods. By government decree (Algemene Maatregel van Bestuur: “AMvB”) certain infrastructure and technology can be excluded from the scope or added to it.

Duty to report to BTI

Any intention to carry out acquisition activities must be notified jointly by the investor and the target company to the Ministry of Economic Affairs and Climate (Ministerie van Economische Zaken en Klimaat: “EZK“). The Investment Assessment Agency (Bureau Toetsing Investeringen: “BTI“) within EZK is responsible for screening proposed acquisition activities. In order to assess whether an activity could pose a risk to national security, BTI requires an insight into the ownership structure, transparency, restrictions under (international) law and the security situation in the acquirer’s country of establishment. The reporting party has to provide this information itself.

Based on the assessment criteria, the BTI will conduct a risk analysis. This analysis and the (possible) subsequent assessment decision take into consideration whether there is a risk to: (a) the democratic rule of law; (b) security or other interests of the state; or (c) the maintenance of social stability. If the risk analysis shows that there are no risks to national security, approval is normally granted within eight weeks after notification. If the analysis demonstrates that an activity may pose a threat to national security, an assessment decision is required. For this, the decision period can be extended by a maximum of six months. BTI’s final decision is not made public.

If the assessment decision reveals that there are risks to national security, the Minister of EZK is authorised to impose requirements or regulations on the acquisition or retention of control or significant influence.  For example, the Minister may adopt additional internal safety requirements that must be observed. The Minister may also require the appointment, immediately after the acquisition, of a security committee or security officer who may restrict access to or prohibit the transfer of information.

Both the Regulation on foreign subsidies distorting the internal market and the VIFO Act are still in the legislative process. Currently, the former is being discussed by the EU legislative bodies – the Council of the European Union (the “Council“) and the European Parliament. Given the importance France attaches to the entry into force of the Regulation, it is expected to be voted on during the French Presidency of the Council in spring 2022.

The VIFO Act has been submitted to the House of Representatives. The Standing Committee on Economic Affairs and Climate Change has been charged with the preparatory investigation into the legislative proposal for the VIFO Act. This committee has posed questions that must be answered by the government. After this the debate and the vote will take place.

Although it may be some time before the proposals are adopted and the notification obligations actually come into effect, it is wise to be prepared for the consequences that this new legislation will have on certain transactions.

Unannounced Inspections by the ACM: Do’s & Don’ts during Dawn Raids

Due to Covid-19 restrictions, the Netherlands Authority for Consumers and Markets Consumer and Market Authority (“ACM“) has not carried out unannounced inspections (also called ‘Dawn Raids’) for a while. Given that most restrictions have been…

On 7 October 2021 the Grand Chamber of the Court of Justice of the EU ( “ECJ”) handed down a landmark judgment for the victims of antitrust infringements in Case C-882/19 Sumal. In essence,  it…