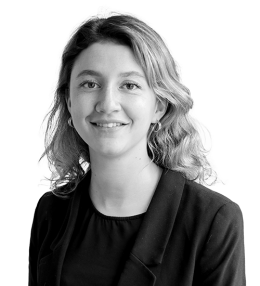 Nienke de Bruijn works as an attorney at bureau Brandeis. She specializes in resolving disputes in the areas of administrative law, financial law and technology.

In addition to her studies, Nienke was already active as a part-time paralegal at a law firm and was part of the youth think tank of the Ministry of Foreign Affairs, where she focused on transatlantic relations. She participated in international speech and lobbying competitions at Oxford and Harvard University and won an award in this area.

In her spare time, Nienke works as a spinning instructor at Rocycle Amsterdam and volunteers as a mentor for human rights dialogues for Amnesty International.