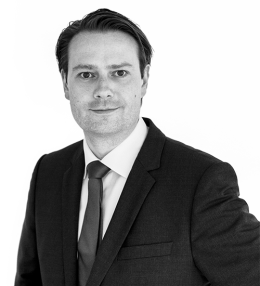 Floor is a senior associate at bureau Brandeis. He specializes in litigious matters, particularly corporate litigation and the enforcement of claims, judgments and arbitral awards. His cases typically arise out of close business relations – such as joint ventures – that have turned sour.

This has lead to a wealth of experience with the (legal and non-legal) issues that surround such relations and their termination, in particular shareholders’ rights and obligations, directors’ liability, corporate governance, forced sale of shares and shareholders’ loans and agreements.

Floor Eikelboom also has extensive experience in acting as local counsel in large and complex multi jurisdiction disputes. Within this framework he advises and litigates about inter alia the setting aside of arbitral awards, the enforcement of arbitral awards and state immunity from execution.

Floor was amongst others involved in the following matters:

Floor Eikelboom is a fellow at the Zuidas instituut voor Financieel recht en Ondernemingsrecht (ZIFO) and holds a Ph.D.-degree. His Ph.D.-thesis describes and analyses the effects of the measures that the Enterprise Chamber of the Amsterdam Court of Appeals can grant to remedy the corporate governance of companies incorporated under Dutch law. These measures reorganize to the internal organization of the concerned companies with the aim of correcting their future conduct.