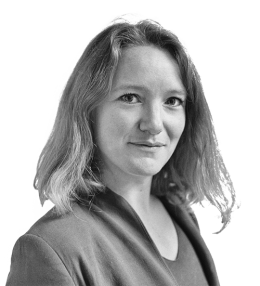 Esther Janssen is associate at bureau Brandeis. She specializes in information law and fundamental rights, in particular freedom of expression.

Esther analyzes complex legal issues and works in several law practices, including the cassation practice. Her work is at the interface between science and practice. For clients Esther drafts legal and strategic advices about developments in international and European (media) law. Furthermore, she helps organizing seminars and writes scientific publications and articles.

In September 2014 Esther received her doctorate at the University of Amsterdam, Institute for Information law, for her dissertation Faith in Public Debate, a comparative study on freedom of expression, hate speech and religion. In 2015 her book was published by Intersentia. She regularly publishes, lectures and advises on her research topics.

Esther studied French language and literature and law at the University of Amsterdam, where she obtained her L.L.M. in 2007. During her PhD she conducted a six months research at the Sorbonne in Paris. Previously Esther worked as a jurist at NVJ, the Dutch Association for Journalists, and has experience in both law practice and the judiciary.