Justice Brandeis on freedom of speech 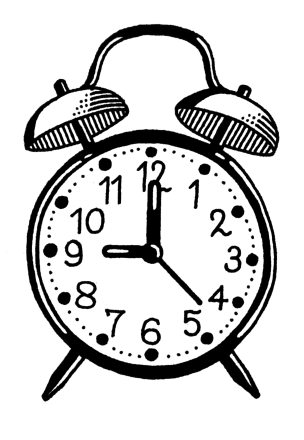 ‘If there be time to expose through discussion the falsehood and fallacies, to avert the evil by the processes of education, the remedy to be applied is more speech, not enforced silence. Only an emergency can justify repression.’

Justice Brandeis’ opinions provide refreshing insights and vivid contributions to a debate which, though essential and urgent, in modern times is often dominated by clichés.

This particular case dealt with the California Criminal Syndicalism Act in relation to the provisions of the 14th Amendment to the Constitution of the U.S.: to what extent may the State infringe any right of free speech, assembly or association? The Supreme Court at the time concluded that the beforementioned rights were not absolute, allowing the State to lawfully punish those abusing these freedoms if they were threatening the public space.

Justice Brandeis concurred with the decision reached by the Supreme Court, but on an alternative account. Brandeis reasoned that:

‘although the rights of free speech and assembly are fundamental, they are not absolute. Their exercise is subject to restriction when free speech would produce, or is intented to produce, a clear imminent danger of some substantive evil to society.’

When is such a danger to be deemed clear beyond doubt? In order to reach an answer to this question, he suggested to bear in mind under what circumstances a State is – ordinarily – denied the power to restrict freedom of speech, referring back to the US founding fathers:

‘They believed that freedom to think as you will and to speak as you think are means indispensable to the discovery and spread of political thruth: that, without free speech and assembly, discussion would be futile; that, with them, discussion affords ordinarily adequate protection against the dissemination of noxious doctrine; that the greatest menace to freedom is an inert people. Believing in the power of reason as applied through public discussion, they eschewed silence coerced by law – the argument of force in its worst form.’

Brandeis stated that if, and only if there is a reasonable ground to fear serious evil as a result of freedom of speech, restriction is justified:

‘If there be time to expose through discussion the falsehood and fallacies, to avert the evil by the processes of education, the remedy to be applied is more speech, not enforced silence. Only an emergency can justify repression.’

Brandeis, reluctantly, held that the facts of this particular case demonstrated such an emergency to be present. Many read his opinion, whilst concurring, as a protest against the Supreme Court’s restrictive interpretation of free speech. Brandeis wanted to maintain public order by debate. Like Thomas Jefferson and John Stuart Mill, Brandeis believed that:

‘we have nothing to fear from the demoralizing reasonings of some, if others are left to demonstrate their errors and especially when the law stands ready to punish the first criminal act produced by the false reasonings; these are safer corrections than the conscience of the judge.’

Major revision of the regime for collective actions in the Netherlands

Introduction The Dutch regime of collective actions has been thoroughly revised. This revision has created new opportunities for damages actions, requiring claimants, funders and other players in this field to conduct a comprehensive assessment of…

Is there such a thing as a second-hand e-book? Put differently: may an e-book be resold after the first purchase? The Grand Chamber of the Court of Justice of the European Union (CJEU) answered this…