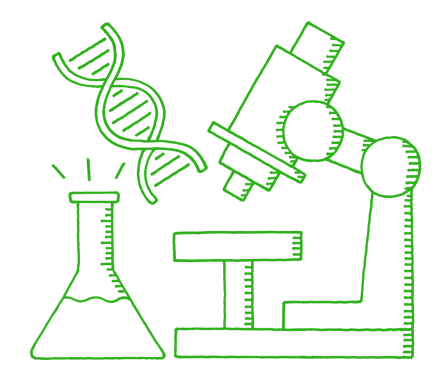 Over the past months, we have seen some interesting regulatory and enforcement developments that may impact healthcare and life sciences business in the Netherlands. This Healthcare Litigation Update sets out the implementation in the Dutch supervisory system of two new European Regulations that came into force, the In-Vitro Diagnostics Regulation and the Clinical Trials Regulation. Furthermore, several enforcement actions of Dutch health authorities are discussed, such as IGJ’s warnings against misleading COVID-test offers, NVWA’s enforcement action against an online drugstore for unlawful health claims, and NZa’s first administrative fine imposed on a de facto director.

The IVD-Regulation implements a complete revision of the current classification system of IVD’s. From now on IVD’s will be classified into four classes: class A, B, C and D. IVD’s from risk class B onwards must be certified by a notified body. It is estimated that more than 80% of IVD’s will fall into classes B, C and D, requiring the involvement of a notified body in the conformity assessment procedure. This is in contrast to the current classification system, where approximately 80% of IVD’s are classified in the low risk, self-certified category, according to the Inspectorate for Health and Youth Care (Inspectie Gezondheidszorg en Jeugd “IGJ”).

With the coming into effect of the IVD-Regulation, the Dutch In Vitro Diagnostic Medical Devices Decree (Besluit in-vitro diagnostica) is no longer in force. Pursuant to the amended Medical Devices Act (Wet medische hulpmiddelen) the IGJ is the supervisory and enforcing authority to ensure compliance with the new MD and IVD-Regulations.

The Regulations increase the enforcement power of the IGJ. For example, the IGJ from now on has more options for ensuring that a manufacturer or other market participant remedies a possible non-conformity. In most cases the IGJ will grant a term to remedy such a non-conformity before imposing enforcement measures.

The Inspectorate for Health and Youth Care (Inspectie Gezondheidszorg en Jeugd “IGJ”) carried out extensive supervision over the past two years regarding rapid antigen testing and self-tests for the COVID-19-virus. One of the results is that 73 websites have been tracked down for unlawfully selling rapid antigen tests as self-tests, says the regulator.

Since mid-2020, antigen rapid tests for the COVID-19-virus have been available on the European market. According to the IGJ, rapid antigen tests play an increasingly important role in the testing landscape and the fight against the COVID-19-pandemic, especially in the latest stage of the pandemic. More than 200 different antigen rapid tests have been sold on the European market. The test may only be sold if they comply with the applicable product regulations for IVD’s.

With the new IVD-Regulation entering into force, stricter requirements will also apply to these tests from May 2022. For example, on the basis of the old Directive, manufacturers could examine themselves whether a rapid antigen test complied with European legislation, including whether the test was safe to use and performed as described in the instructions for use.

Self-tests are easy to use and the results come quicker, however the sensitivity in self-tests is less than a PCR-test, which causes the chance of a false negative result to be higher. Therefore, the IGJ reports that it is important in the context of the fight against the COVID-19-virus that rapid antigen tests are not sold as self-tests.

According to it’s website, the IGJ traced 73 websites that wrongfully offered COVID-19-antigen rapid tests as self-tests. The providers have been reached out to and requested to urgently comply with the applicable regulation, subject to possible consequences. After the requests, the providers have ceased the sale entirely or adjusted their offer. The IGJ has indicated it will remain vigilant in the coming period.

In January, the European Clinical Trial Regulation (CTR) (Regulation (EU) no 536/2014) came into effect, together with the Clinical Trials Information System (CTIS) of the European Medicines Agency (EMA). A transitional period of three years will apply. During the first year, initial application according to both the former Directive 2001/20/EC and the new CTR is allowed.

Prior to the CTR, clinical trial sponsors had to submit clinical trial applications to the various national competent authorities and ethics committees in each country in order to gain regulatory approval to run a clinical trial.

The CTR changes the process for clinical trials and thus has consequences for everyone who is involved in this type of research. The CTR focusses on different areas, including:

The Dutch Central Committee on Research Involving Human Subjects, the Dutch Clinical Research Foundation and the Ministry of Health, Welfare and Sport are jointly responsible for implementing the CTR in the Netherlands.

Although the CTR is directly applicable in the Netherlands, the Dutch Act on Research Involving Human Subjects (Wet medisch-wetenschappelijk onderzoek met mensen “WMO”) has also been amended as a result of the CTR coming into force. One of the most important changes is that the WMO now includes administrative law enforcement. Previously, the WMO only contained criminal sanctions. This means that the IGJ, the appointed supervisory body for clinical trials, can impose an administrative fine or order a subject to a penalty for violation of the WMO, both when it regards devices, medicinal products and other clinical trials.

On 5 May 2022, the Dutch Healthcare authority (Nederlandse Zorg autoriteit “NZa”) imposed an administrative fine of € 220,000 on a healthcare provider for violating the Health Care (Market Regulation) Act (Wet marktordening gezondheidszorg “Wmg”) and the Regulation Nursing and Care (Regeling verpleging en verzorging). The fine was imposed for unlawful invoices and for incomplete, incorrect and outdated administration.

Pursuant to Article 35 of the Wmg, a healthcare provider is not allowed to charge a fee other than the fees that are determined in accordance with the Wmg. The healthcare provider in question had charged a higher amount than the statutory maximum rates set by the NZa to a large proportion of the clients.

The incorrect, incomplete and outdated administration and the fact that consequently no audit trail was available, also led to a violation of Articles 4.1 and 4.2 of the Regulation Nursing and Care aimed at fraud, the clarity and accessibility of the administration as well as fixing rates.

As discussed in a previous Healthcare Litigation Update, administrative fines in the medical sector are set with a view to the statutory maximum fining policy rules and the general principles of good governance. The amount of the fine is based on the gravity of the offence, the context of the offence and the financial capacity of the offender.

Pursuant to Article 5:1 of the General Administrative Law Act (Algemene wet bestuursrecht) in combination with Article 51 of the Dutch Penal Code (Wetboek van Strafrecht), if a violation has been committed by a legal person or entity, the administrative sanction may, in addition or instead, also be imposed on the person or persons who gave the order to commit the violation or who actually led or controlled the violation. This person is also called the de facto director.

A person can be fined as a de facto leader if he/she:

Briefly, it concerns situations in which someone in particular can be personally blamed for the violation of the healthcare provider.

In the case of the fined director, NZa emphasises the importance of correct invoices and maintaining complete and correct administration, as otherwise it is difficult or impossible to verify whether healthcare money has been spent lawfully. Incomplete records encourage the misuse of healthcare funds. NZa is therefore of the opinion that the director concerned should have taken measures to prevent or end the violations.

The Dutch Food and Consumer Product Safety Authority (Nederlandse Voedsel- en Warenautoriteit ‘’NVWA’’) recently imposed a fine of over € 73,000,- on an online drugstore. In the past two years the company sold products using health claims in violation of European legislation. The online drugstore continued to use the claims despite warnings, administrative fines and re-inspections by the NVWA.

In the Netherlands, the Inspection Board of Health Products (de Keuringsraad Kennis en Advies gezondheidsreclame) has drawn up a Guideline Document for the Use of Health Claims with an accompanying Claims Database in cooperation with various market parties (Neprofarm, NPN and FNLI).

If health claims are used, additional labelling requirements apply, e.g. a mandatory statement of the importance of a varied and balanced diet and a healthy lifestyle. Reference to general, non-specific benefits of a nutrient or food for overall health is permitted only if accompanied by a specific, related, authorized health claim.

In this case, the online drugstore continued to offer products on its website suggesting that it was good for muscles and tendons. After the company was placed under intensive supervision, the NVWA considered a turnover-related fine of over €73,000 for the repeated violations appropriate.

The NVWA is the designated authority for the enforcement of rules regarding health and nutrition claims. When assessing a violation and determining the appropriate intervention, according to its intervention policy, the NVWA takes into account:

The basic principle for the enforcement is that infringements are dealt with under administrative law, based on the Commodities Act and subordinate regulations.