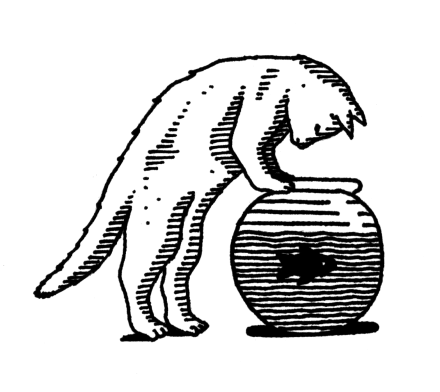 This update highlights some recent decisions from the Dutch courts relating to regulatory investigations and enforcement measures in the financial services sector which we think are worth sharing. Contact us if you have any questions or find out more about bureau Brandeis’ Financial Services Litigation here.

In this case, the Netherlands Authority for the Financial Markets (Autoriteit Financiële Markten, “AFM”) concluded that an investment company (beleggingsonderneming) acted in breach of the Dutch Financial Supervision Act (Wet op het financieel Toezicht, “Wft”) and underlying regulations. In addition to imposing measures against the investment company, the AFM decided to impose measures against two statutory directors and one employee who was also (indirect) shareholder for having actual control (feitelijk leidinggeven) of the company’s prohibited conduct.

The AFM imposed a heavier measure on the employee (i.e. an administrative fine) than it did on the two statutory directors (i.e. an instructive letter, including a warning). After an unsuccessful objection, the employee appealed with the Rotterdam Court that decided that a different role for the persons involved can in principle justify unequal enforcement by the AFM, for example, in terms of the amount of a fine.

In this case, the difference in measures imposed by the AFM was not proportionate in relation to the difference in culpability and financial interest of the alleged offenders. The court considered that the AFM did not present sufficient relevant circumstances to justify imposing very different measures. It only claimed that the acts of the employee were more seriously culpable than those of the statutory directors, because of an alleged financial benefit for the employee. According to the court, this factor was insufficient to justify imposing very different measures, especially given that an administrative fine is more onerous because it is in principle published – which has a defamatory effect.

The fact that the employee might have had financial benefit of the violation could have resulted in a difference in fines, but not in the huge difference in measures that the AFM made. In conclusion, the court held the appeal well-founded and annulled the challenged decision of the AFM due to a breach of the principle of equality (gelijkheidsbeginsel).

The full decision can be read here in Dutch:

Investigation by supervisor? Your employees won’t be cautioned

The AFM therefore imposed an administrative fine of EUR 1,7 million on the bank for offering consumer credit without the required license. The bank argued in these interim relief proceedings that the AFM had no grounds thereto and that the intended publication of the fine should be suspended. The court however, saw no reason to suspend the AFM’s decision to impose a fine or suspend or alter the publication thereof.

Interesting about this decision is that a significant part of the evidence on the basis of which the AFM imposed a fine is derived from statements of an employee of the bank who was heard by the AFM during the investigation. The bank argued that the AFM could not use these statements as evidence, because the AFM did not read the employee its rights.

Based on recent decisions of the Dutch Council of State (Raad van State), the court decided that, in principle, there is no obligation to caution employees of a legal entity. The regulator only has to caution representatives (i.e. board members) and natural persons involved for having actual control (feitelijk leidinggevenden) who might be imposed a personal fine.

In this case, in addition to the employee’s statements, the AFM based its decision on information obtained from the bank’s Dutch website and the online DNB Register. According to the court, this evidence, when viewed in conjunction with each other, formed sufficient evidence for the AFM to impose an administrative fine on the Maltese bank.

The full decision can be read here in Dutch:

BFT also accused both parties of failing to properly monitor their client relationships. BFT held it against the tax consultant that she could not immediately provide evidence about a transaction of one of her clients. According to the court, the tax consultant managed to provide a well-founded explanation for the transaction during the course of the investigation and the alleged failure to monitor client relationships was therefore not upheld.

BFT was however successful in proving that the accounting firm failed to successfully monitor its client relationship. So whilst it may have lacked knowledge about certain transactions and could not be fined for failing to notify the FIU about these transactions, the court decided that this lack of knowledge was due to a failure to perform proper client monitoring – which in itself is a violation of the Wwft.
Both judgments can be read here in Dutch:

The Dutch Central Bank (De Nederlandsche Bank, “DNB”) investigated whether two related companies were providing payment services without the required license and repeatedly requested them to provide information for this investigation. The companies however claimed they had the right to remain silent. DNB informed them that they had a duty to cooperate (Section 5:20 Awb) and imposed a cooperation charges on each of them, subject to a penalty of EUR 15,000.

The companies only partly complied with the cooperation charges and DNB declared the penalties incurred. In addition, DNB established that the companies violated their duty to assist and imposed an administrative fine of EUR 75,000 on each of them.

On appeal against the cooperation charge, the highest appeal court (College van Beroep voor het bedrijfsleven) held that part of the information requested by DNB was material existing dependent on the will of the companies (wilsafhankelijk materiaal).  DNB therefore should have included a restriction in its cooperation charge, stating that it would not use such will-dependent material for the purpose of imposing a fine or prosecution proceedings.

The court rejected the subsequent appeal of the companies against these amended decisions, as it considered that the companies breached their duty to cooperate. They could – but did not – provide the material that was not will-dependent. The court therefore decided that DNB could rightfully impose the administrative fines. The reduction of the administrative fines was considered proportional. The full decision can be read here in Dutch: CBb 16 april 2019, ECLI:NL:CBB:2019:156.