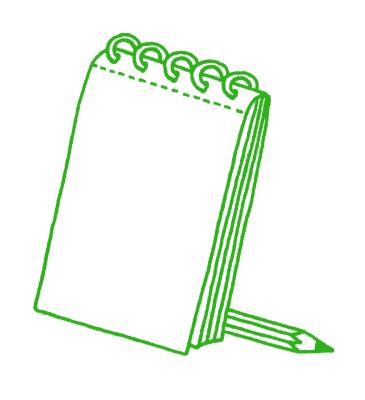 Is there such a thing as a second-hand e-book? Put differently: may an e-book be resold after the first purchase? The Grand Chamber of the Court of Justice of the European Union (CJEU) answered this question in the negative. On 19 December 2019, the CJEU declared that the act of offering an e-book for resale is contrary to copyright law.

The case was between the Dutch Publishers Association and Tom Kabinet. Tom Kabinet offers a platform through which users of Tom’s “reading club” can download and reproduce “second-hand” e-books. The publishers, together with a number of authors, claimed that Tom Kabinet’s activities violate their copyright, more specifically that Tom Kabinet is making an unauthorized communication of these e-books to the public. Tom Kabinet, on the other hand, argued that its activities were covered by the distribution right and subject to the so-called “exhaustion” doctrine. This would mean than an e-book, once it has been legally sold for the first time, can be further distributed (and sold) without the rights holder’s authorization. Tom Kabinet based its argument on an earlier judgment of the CJEU, in the so-called Usesoft case.

The CJEU sided with the publishers in deciding that Tom Kabinet is making available e-books to the public. The judgment also follows the opinion of Advocate-General Szpunar, delivered on 10 September 2019.

Since the exhaustion doctrine only applies to the distribution right, and not the right of communication to the public, it does not apply in this case. According to the CJEU, the EU legislature has intended that the rule of exhaustion be reserved for the distribution of tangible objects, such as physical books on a material medium. Under the InfoSoc Directive, there is no such thing as “digital exhaustion”.

Earlier, in 2012, the CJEU found in the UsedSoft case that it is possible to resell copies of computer programs downloaded from the internet under the Software Directive. That ruling raised the question whether the same consequences could extend to other subject matter than software as well. In the Tom Kabinet judgment, the CJEU rules that this is not the case. E-books are not computer programs and are therefore not covered by the Software Directive, which counts as a lex specialis (points 54-54), but by the InfoSoc Directive. Moreover, it cannot be said that books and e-books are economically and functionally identical, as was the case in UsedSoft. Indeed, the CJEU points out that the consequences of a second hand market for e-books would severely affect right holders. Unlike physical books, e-books do not deteriorate with use over time. A “second-hand” market would therefore be very detrimental to the “first-hand market”.

Making available to the public

Contrary to the referring national Court, the CJEU explains in detail why Tom Kabinet performs an “act of communication”, more specifically an act of “making available” e-books to the public in such a way that members of the public may access them from a place and at a time individually chosen by them. According to the CJEU, the decisive act is the offering of a work on a publicly available website, which act precedes the stage of its actual on-demand transmission (point 64).

The CJEU also rules that Tom Kabinet offers the e-books to the “public”, emphasizing that account needs to be taken not only of the number of persons able to access the same work at the same time, but also of how many of them may access it in succession (point 68). To conclude, Tom Kabinet offers the e-books to a “new” public, since the making available of e-books is generally accompanied by a user license stipulating that the user may only read the e-book from his or her own equipment (point 70-71).

The judgment is of great importance to the e-book market, but also effects other types of work, such as digital music and films. It seems evident from the ruling that the reselling of digital music or digital films is also contrary to copyright law.

bureau Brandeis (Christiaan Alberdingk Thijm and Caroline de Vries) handled the case for the Dutch Publishers Association. After five long years of litigation, the publishers and authors now finally have clarity. It was an uphill battle in the Dutch courts, as they repeatedly were unwilling to confirm that Tom Kabinet´s conduct amounted to an infringement of the right of communication to the public. The referring Court, the District Court of The Hague, even refused to formulate a preliminary question regarding the scope of this right, despite an unanimous request made by both parties to do so. Fortunately, in its judgment the CJEU considers that in order to give a useful answer to the preliminary questions of the Dutch Court, the right of communication to the public must be taken into account.

Distribution agreements: the doctrines of force majeure and unforeseen circumstances

The world has been shaken by multiple calamities over the past years. It is expected that such events will only increase in regularity over the coming years due to growing populations, political instability and climate…