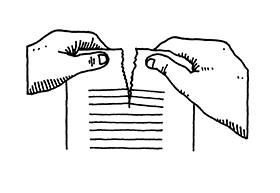 For the first time in a while, the financial supervision chamber of the Rotterdam District Court has dealt with a market abuse case. The Authority for the Financial Markets (AFM) had imposed an administrative fine of EUR 2 million on SBM Offshore N.V. (SBM) for failing to timely disclose inside information. SBM appealed the fining decision and has now partly been proven right.

On appeal the court found that with respect to two of the four alleged violations the financial regulator applied an incorrect legal criterion in assessing whether the listed company had price sensitive information. The court has settled the matter itself by reducing the fine to EUR 1 million.

The matter dates back to SBM’s internal investigation into allegations of bribery and unlawful payments to international trade agents in 2012, in which context the company i.a. consented to an out-of-court settlement of USD 240 million with the Public Prosecutor’s Office.

Similar to previous market abuse matters (for example, in relation to Royal Imtech N.V.), the main question before the Rotterdam court was whether the information regarding possible unlawful trade practices in Brazil that SBM had on March 27, 2012 and May 27, 2014 was so “concrete” that it fell within the definition of inside information.

Pursuant to market abuse laws and regulations, issuers of financial instruments like SBM are to disclose inside information as soon as possible, insofar as it relates directly to the issuer concerned.

With reference to the Geltl/Daimler case of the European Court of Justice and CESR guidance on the Market Abuse Directive, the Rotterdam court distinguishes two criteria. To determine whether there is concrete information one can either depart from an existing situation that has occurred or from a future situation that may reasonably be expected to come into existence.

In assessing whether there is concrete information within the meaning of inside information, the AFM chose not to base its assessment on an existing situation or a situation that has taken place (for which, according to the guidance, there must be sufficient “hard” and objective evidence of that situation), but on a future situation or an event that may reasonably be assumed to occur.

The AFM takes the position that on March 27, 2012, and again on May 27, 2014, SBM had a reasonable expectation that bribery in Brazil would be identified in the future. In order to (have to) have that expectation, evidence is not required; a significant probability that this situation will occur is sufficient according to the AFM.

Evidence for the event to which the information relates is required

The Rotterdam court agrees with SBM and finds that the AFM used an incorrect legal criterion. In the opinion of the District Court, the facts and circumstances which the AFM used as a basis for two of the four alleged violations relate to an existing situation, namely the information known to SBM on March 27, 2012 and May 27, 2014 about possible bribery in Brazil.

According to the court, the AFM should have therefore proceeded on the basis of the existing situation – requiring firm and objective evidence – and not on the basis of a future situation in the form of the possibility that bribery (from the past) would be established in the future. In other words, if one criterion is used, the test of that criterion is to be used and vice versa. The two criteria and relevant tests are thus not be mixed, which also from a logical point of view seems to make sense.

The court repeals the AFM decision relating to the alleged violations on disclosure of unlawful trade pactices in Brazil and considers a total fine of EUR 1 million for the two remaining violations with regard to disclosure of SBM’s exclusion from a Petrobras tender appropriate and necessary.

Interestingly enough, the AFM could have imposed a fine of EUR 2 million on SBM for each violation separately. As it did not do so in this case but imposed one overall fine in the amount of the basic amount of EUR 2 million for four violations, this argument does not lead to a different conclusion on the adjustment of the fine, says the court.