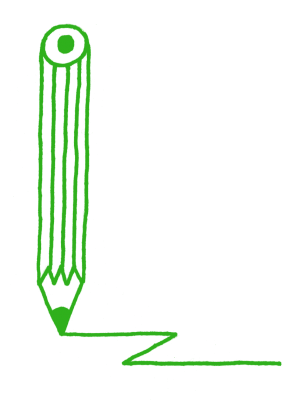 In almost every supply chain, agreements are concluded between suppliers and buyers to make the cooperation more efficient. Although vertical agreements are in many cases exempted by the Vertical Block Exemption Regulation (“VBER”) from the cartel prohibition under Article 101 of the Treaty on the Functioning of the European Union (“TFEU”) and Article 6 of the Dutch Competition Act (“Mw”), not every restriction is permitted. After all, the VBER does not apply to a number of hardcore restrictions of competition, or where market shares exceed 30%. The distinction between permitted and prohibited restrictions is not always clear to companies. This is evident, for example, from a survey conducted by the Benelux Secretariat in which at least 89% of the companies questioned indicated that they had been confronted with prohibited territorial restrictions. This blog provides an overview of enforcement and case law from 2019 and 2020, and discusses the most recent developments.

In September 2020, the Authority for Consumers and Markets (“ACM”) announced that it had completed its investigation into drug manufacturer AbbVie. From the end of 2018, AbbVie offered significant discounts to hospitals for the rheumatology drug Humira. The patent on the active substance in Humira expired in October 2018, allowing other manufacturers to market a generic product. To prevent its market position from declining as a result thereof, Abbvie gave discounts to hospitals if they purchased Humira for all their patients. ACM considered that AbbVie thereby factually imposed an exclusive purchasing obligation on hospitals which limited competition for new products. AbbVie agreed not to include exclusive purchasing clauses in its agreements with hospitals anymore.

In March 2019, the Court of Appeal of Arnhem-Leeuwarden ruled on the legality of an exit scheme of Avebe. The articles of association of Avebe, a cooperative of farmers, stipulated that if members wished to transfer the shares to Avebe upon termination of their membership, they had to pay an amount of €681 per share to the cooperative. Six arable farmers did not agree with this withdrawal arrangement. The Court of Appeal agreed with the lower court and ruled that although the exit scheme was a restriction of competition, the scheme did not divide the market or impose price restrictions or other hardcore restrictions and was therefore allowed.

At the end of 2019, the Amsterdam Court of Appeal ruled in an (as yet unpublished) interlocutory judgment in the case between Prijsvrij and Corendon that the termination of an agreement can be an instrument to achieve resale price maintenance. Customers could book trips of Corendon through Prijsvrij, which used discounts on its website on trips of Corendon. The tour operator did not want Prijsvrij to apply such discounts and eventually terminated the agency agreement. Prijsvrij held that this termination should be regarded as a form of prohibited resale price maintenance. The Court of Appeal agreed and considered it proven (for the moment) that the termination of the agreement with Prijsvrij was particularly caused by the discounts offered by Prijsvrij to consumers.*

On 12 June 2020, Advocate General Drijber concluded – with reference to the appeal in cassation against a judgment of the Court of Appeal of The Hague – that a settlement agreement regarding a patent did not violate competition law. Jet Set and Brielle Industrie Services (“BIS“) in this case, both active in the field of cleaning techniques for oil tanks, had reached a settlement which, according to BIS, included a non-compete and non-challenge clause. BIS considered this to be a licence agreement with hardcore restrictions within the meaning of the Technology Transfer Block Exemption Regulation (“TTBER“). However, Advocate General Drijber concluded that it was neither a licence agreement nor a non-compete clause. A prohibition to use Jet Set’s technology follows directly from the patent on that technology. There was therefore no need to review the TTBER or Article 6(3) Mw. Although a non-challenge clause does not generally fall under the TTBER, there was no such clause in this case either. BIS had in fact (successfully) contested the patent. The Supreme Court did not reach a substantive judgment.

A case that did involve vertical licensing agreements concerned a dispute between Dromenjager, the company behind the well-known Woezel & Pip children’s figures, and toy manufacturer International Bon Ton Toys (“IBTT“). IBTT produces and sells toys for which it is allowed to use the Woezel & Pip (figurative) trademark. The licence agreement included a provision requiring approval from Dromenjager for sales by the licensees to a certain number of retailers, including Kruidvat. IBTT wanted to sell its remaining stock of Woezel & Pip products to Kruidvat and complained that the required approval was contrary to competition law. The President of the court reached the provisional conclusion that the approval provision in the licence agreement is a hardcore restriction of competition law. The judgment in summary proceedings has been appealed.**

Finally, at the end of 2020, the Amsterdam District Court ruled that Trek Benelux – supplier of fast, lightweight bicycles – had to continue an agreement with its distributor. Trek Benelux terminated the agreement when the distributor applied a discount on top of the recommended retail price. According to Trek Benelux, such discounts harmed its brand image. The agreement also included an obligation to deliver assembled bicycles to customers. The distributor argued that the recommended retail price is in fact a minimum price and that the obligation to deliver assembled bicycles limits its passive (online) sales. The judge in preliminary relief proceedings ruled in line with the VBER that forcing distributors to adhere to the recommended retail price constitutes a hardcore restriction of competition law. Moreover, no justification had been put forward by Trek Benelux. Therefore, the agreement had to be continued. Trek Benelux was, however, able to demonstrate that the obligation to deliver assembled bicycles was necessary to protect the quality of the bicycles, which requires accurate assembly and adjustment. This provision was not contrary to competition law.

Evaluation of the VBER

The current Regulation, which has been in force since 2010, expires on 31 May 2022. The European Commission (“Commission“) intends to amend the Regulation. In this context, the Commission conducted a review, the findings of which were published on 8 September 2020.

The review shows that the VBER, albeit still relevant, is no longer adequate for application to online sales. After all, the retail sector has changed tremendously in recent years, particularly as a result of digitalisation and the subsequent increase in e-commerce (e-tailing). Entirely new types of restrictions on online sales have been imposed on buyers the past few years, such as a ban on the use of Google AdWords by Guess or the (re)sale of products on online marketplaces by Coty. The Commission has also imposed fines on, amongst others, Asus, Philips and Pioneer for imposing resale price maintenance on their online retailers. The interpretation of the rules on online sales restrictions varies widely in Europe. The new VBER will have to provide clarification. According to the Commission, there is still too much uncertainty about the use and lawfulness of ‘across-platforms parity agreements‘ (APPAs) as well. For the background and recent developments regarding APPAs, please read our earlier blog.

In addition, the collection and use of data has become crucial to the business operations of (online) companies in recent years. In this context, the Commission has also launched an investigation into Amazon. The American company is said to use data of sellers on Amazon – which it obtained in its capacity as a platform – to benefit its sales channel on the same platform. For this ‘self-preferencing’, the Commission previously imposed a fine of more than €2.4 billion on Google, which put its own services above those of competitors in Google’s search results.

Vertical agreements can often benefit from the exemption from the cartel prohibition, but not every restriction can be imposed. Dutch and European case law over the past two years confirms this. It is therefore essential to know what may and may not be included in a vertical relationship. It is, in this regard, of great importance what the new VBER will entail, especially with regard to online sales. However, the clarifications that the Commission seems to have in mind will only apply after May 2022. In any case, both civil and administrative enforcement of competition law in respect of vertical relationships has increased dramatically in recent years. It is likely that this trend will continue in the coming years.

* Bas Braeken and Jade Versteeg assist Prijsvrij in these proceedings.

Today, bureau Brandeis launched its Paris office. Throughout the EU, collective actions are on the rise in many areas, in particular antitrust damages cases. bureau Brandeis has been active in this and other high stake…

Developments in the Netherlands

Last month the Minister for Legal Protection confirmed in line with previous speculations that the Remote Gambling Act (Wet Kansspelen op afstand, “Act”) will take effect on 1 April 2021 instead of 1 March 2021….