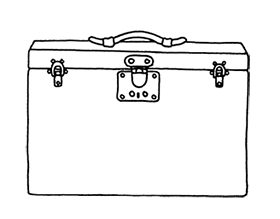 The heated labour market, the rise of the tech economy and the discussions around (the rights of) platform workers have led to an increased focus by competition authorities worldwide on fair competition in the labour market. For example, President Biden signed an executive order underlining the importance of competition in the labour market, European Commissioner Vestager spoke in a speech about a “new era of cartel enforcement” and the Dutch Authority for the Consumer Markets (“ACM“) recently warned employers that no-poach agreements are prohibited.

The focus on competitive restrictions in the labour market is increasingly seen in merger control but especially in the enforcement of the cartel ban. There are three distinct forms of cartel agreements in the labour market: no-poach agreements, wage cartels and the exchange of competitively sensitive information on employment conditions. A no-poach agreement is an agreement between employers not to approach or hire each other’s personnel. A wage cartel is an agreement between employers about wages and working conditions.

This overview blog discusses the main developments in the enforcement of anti-competitive labour market agreements in the EU and beyond. Finally, we provide some practical tips for employers and HR professionals to avoid (accidentally) agreeing to a cartel agreement.

Until recently, competition authorities in the EU have mainly dealt with more traditional cartels such as price fixing, market sharing and procurement cartels. Competition cases with a labour component are therefore scarce and to date no European cases have been initiated by the Commission with respect to labour market cartels. An example of a European competition case with a labour component is Insulated pipes. In this case, producers of insulated pipes were fined because, among other things, they agreed among themselves to recruit employees from a competitor by offering the competitor’s employees exorbitant working conditions.

In addition, the Court of Justice of the European Union (“Court“) has in the past issued a number of important rulings on the application of competition law in the context of collective bargaining. In Albany, Floating Blocks and Brentjes, the Court ruled that agreements concluded between social partners in the context of collective bargaining that improve the employment and working conditions of employees do not violate the cartel prohibition. In that context, the Rotterdam District Court recently ruled that a new so-called Dockers’ Clause, an agreement on not burdening crew with lashing work, which is the result of a social dialogue between trade unions and maritime employers’ organization, falls within the Albany exception and that asymmetry in the social dialogue does not detract from this.

In the FNV KIEM judgment, the Court ruled that collective bargaining provisions relating to self-employed persons do not fall outside the scope of Article 101 of the Treaty on the Functioning of the European Union (“TFEU“) unless they constitute a ‘spurious’ self-employed person. Here, it must be assessed whether the service provider is an independent operator and whether the person acts under the supervision of his employer.

Review framework for labour market agreements in the EU

The Commission did recently provide (more) clarity on the competition law framework of labour market agreements.

The Commission’s revised (draft) Horizontal Guidelines classify a wage cartel as a restriction by object because it is a form of prohibited price fixing. A no-poach agreement resembles a market-sharing agreement because employers agree to share the “purchasing market” (of labour). It is notable that Vestager refers to the Adblue case in her speech regarding no-poach agreements. In the Adblue case, for the first time, companies (Volkswagen, Audi and Porsche) were fined for agreeing mutually to innovate only to a limited extent. The conduct was classified as restriction by object. Vestager notes that agreements between companies not to recruit each other’s staff can also be considered an agreement not to innovate. Indeed, in certain markets and sectors, attracting the right employees is the key to success. For example, this may be true for companies in the tech sector but is not limited to it. Thus, in addition to a market-sharing agreement, a no-poach agreement may also potentially qualify as an agreement between companies not to innovate.

Labour market agreements in the context of mergers and acquisitions have, by all means, been permitted for years under certain conditions. For example, it is quite common to include so-called ancillary restrictions in an acquisition contract in which it is agreed that the seller may not recruit staff from the buyer for a certain period of time in order to protect the value of the company to be acquired. With the increased focus on competition in the labour market, it cannot be ruled out that ancillary restrictions will be assessed more strictly in the future.

Several national competition authorities have recently started investigations or have already imposed fines for anti-competitive labour market agreements. For example, the ACM investigated agreements between supermarkets on implementing a limited wage increase for their staff, but terminated it soon after when a collective bargaining agreement was reached. The Portuguese competition authority also fined 31 football clubs and the Primeira Liga (the highest football league in Portugal) for agreeing not to recruit each other’s football playersfrom the first and second divisions. The Hungarian Competition Authority fined an association of Hungarian HR consulting firms for no-poach agreements and mutual price fixing on wages. In addition, the Polish competition authority launched two investigations into labour market cartels. One of the investigations targets 16 basketball clubs and the Energa Basket Liga (the highest basketball league in Poland) for a no-poach agreement. The other investigation targets the Polish Automobile and Motorcycle Association, various speedway organizers and speedway clubs for an alleged wage cartel.

The increased focus on competition in the labour market is reflected to a limited extent in the context of merger control but is expected to play a larger role there as well. The ACM is at the forefront of this. During the acquisition of Sanoma by DPG, the ACM examined, among other things, the consequences of the takeover for the purchase of (freelance) journalistic services. In a speech last month, Snoep, chairman of the ACM, also called on the national competition authority to take more into account the effects of takeovers on the labour market.

The U.S. has been active in the enforcement of labour market cartels for some time. The starting point for the enforcement of labour market cartels was in 2007 when the Competition Division of the United States Department of Justice (DOJ) launched an investigation into a hospital and health care organization for colluding on wages. Three years later, in 2010, the DOJ investigated several tech companies (eBay, Intuit, Lucasfilm, Pixar, Adobe, Apple, Google, and Intel,) for mutual agreements not to hire each other’s employees. The investigations ended in three settlements (see eBay and Intuit, Lucasfilm and Pixar and Adobe, Apple, e.a). In 2016, the DOJ and the U.S. Federal Trade Commission (“FTC“) published a joint competition guidance document for HR professionals. The guidance informs HR professionals about how competition law applies to the labour market. In the guidance, the DOJ and FTC indicate that wage cartels and no-poach agreements by definition qualify as a restriction of competition (so-called per se violation). To date, however, most U.S. civil labour market cartel cases apply a rule of reason analysis whereby, to determine whether an antitrust violation has occurred, the positive and negative effects of an agreement are weighed against each other. Only in the (civil) DaVita case did the District Court of Colorado rule that the no-poach agreement at issue in that case did qualify as a market-sharing agreement and was per se prohibited.

In the U.S., there has also been an increased focus on fair competition in the labour market in the area of merger control. On the 2nd of November 2021, the DOJ banned a proposed acquisition (of publisher Simon and Schuster by publisher Penguin Random House) for the first time because of the negative impact of the acquisition on the labour market. According to the DOJ, after the acquisition, the purchasing power of the merged parties would be so great that authors would have little to no negotiating room to receive fair advances and royalties. The DOJ briefly notes that consumers will have less choice in literary offerings as a result, but it is notable that the DOJ does not further address how the acquisition may lead to increased prices of books.

Labour market cartels are also on the radar of competition authorities in the United Kingdom. On the 12th of July, the UK Competition and Markets Authority (CMA) announced that it had launched an investigation into UK broadcasters ITV, Sky UK, BT Group and IMG Media for possibly entering into agreements to purchase freelance services.

With the worldwide increased focus on fair competition in the labour market, it is important for employers or HR professionals to be alert about not (accidentally) participating in a labour market cartel. We have therefore listed a number of practical tips:

Bas Braeken and Lara Elzas are lawyers at bureau Brandeis.

Loveland is a well-known Amsterdam-based house and techno festival that was first organised in 1995. Since then, Loveland has taken place (almost) every year. But now Loveland is having a trade mark dispute with one…

This is the Competition Flashback Q4 2022 by bureau Brandeis, featuring a selection of the key EU and Dutch competition law developments of the past quarter (see the original version here). Would you like to…