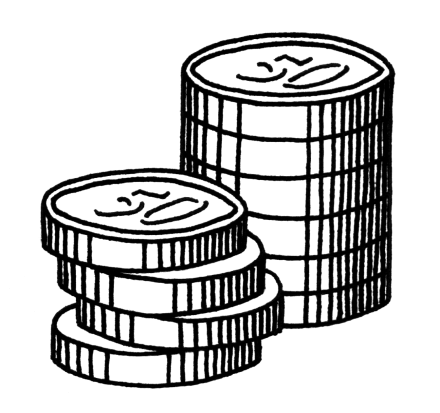 ‎Dutch insurance companies must meet certain solvency and capital requirements under a new legal framework ‘Solvency II’. Delta Lloyd’s current right issue affair shows that the matter is relevant not only to the insurance specialists, but also or even in particular to those who are supposed to provide the prime source of capital: the shareholders.

Solvency is financially and legally complex. Here we provide some general and legal background on this framework.

A company’s solvency ratio may be calculated using balance sheet data and is generally represented as a percentage that portrays the relationship between shareholders’ equity and total equity. The solvency ratio is the relationship between the assets and the debts and indicates the degree to which the company will be able to meet its obligations should its on-going business operations be halted. This is an important figure as it speaks to the financial health of a company.

The regulators impose special solvency requirements on insurers. These requirements are designed to promote the solidity of insurers in order to confer protection on interested parties against the risk of loss arising from insufficient solvency or liquidity.

The solvency of an insurer may be calculated in different ways. Until 2016, Dutch insurers use the solvency ratio prescribed under IFRS (Solvency I) and the statutory requirements (Insurance Group Directive – IGD) for their insurance business. In addition, already in 2015, insurers were obliged to take account of the introduction of new prudential requirements arising from the transposition into national legislation of the Solvency II Directive.

On 25 November 2009 the Solvency II Directive (‘Solvency II’) was adopted by the European legislator. Transposition into national legislation of Solvency II was deferred on several occasions but was finally effected in the Dutch Solvency II Enabling Act that came into force on 1 January 2016.

Solvency II is of great importance in that, as a new regulatory regime, it places on insurers and reinsurers in Europe new and intrusive requirements in respect of the required share capital, risk management and reports. Solvency II provides for the introduction of a new solvency framework, on the basis of mark-to-market valuation, in which context the risks to which an insurance company is exposed is expressed in the share capital it requires.

A substantial section of Solvency II may be subdivided into three pillars: Pillar I specifies rules in respect of the quantitative financial requirements; Pillar II specifies the qualitative requirements and the supervisory process; and Pillar III lays down prescriptions covering the reporting to the regulator and information disclosure.

Pillar I (in particular relevant in the Delta Lloyd matter) specifies the quantitative requirements for insurers. In addition, Pillar I specifies how the balance sheet is to be drawn up in which context insurers and reinsurers must, among other things, calculate a Solvency Capital Requirement (SCR) and a Minimum Capital Requirement (MCR).

The SCR is a solvency capital requirement and is a buffer that must, at the least, be equal in size to the shareholders’ equity. This is therefore dependent on the risks actually present on the balance sheet. This means that insurers with higher risk investments, such as shares, are obliged to retain a higher buffer than insurers with investments in lower risk assets, such as sovereign bonds.

The MCR is a percentage of the SCR and, as a minimum capital requirement, constitutes an important floor in terms of the capital that an insurer must hold. MCR is also referred to as the minimum equity requirement (minimum vereist eigen vermogen).

A Solvency II ratio of 100% means that an insurer has share capital sufficient to ensure that he can continue to meet his obligations after a shock that is only expected to occur once in every 200 years.

Despite this high degree of security where a solvency of 100% is reported under the new solvency rules, insurers generally tend to lay down supplementary buffers so as to be able to absorb unexpected downturns and so not find themselves below the MCR prescribed by law. The insurers themselves determine the size of this buffer, which is not prescribed by law.

Solvency II allows of two ways of calculating the SCR. An insurer may use the ‘standard formula’ (‘SF’) or what is called an ‘Internal Model’ (‘IM’) or a Partial Internal Model’ (‘PIM’). If parts of the SF are used in addition to the IM, then what obtains is a PIM. The level of the SCR thus depends on the risk that an insurer runs.

Insurers must be able to demonstrate the suitability of the SF. When this does not correspond to the specific risks of an insurer the insurer can use a (partial) internal model with parameters specific to his business. This model must be drawn up by the insurer himself and requires the approval of the Dutch Central Bank.

The advantage of a PIM or IM, is that it is more finely grained than SF. That means to say that less capital needs to be retained for demonstrating a good solvency.

Capital retention is costly: because it is risk bearing (it bears more risk than debt) it demands a superior level of returns. In addition the costs of share capital (such as dividends) may not be deducted from the profit subject to corporate income tax, while the costs of debt (such as interest) are indeed deductible. This too makes capital retention unattractive.

One factor that is going to be of importance in the future (but is not yet), is the Ultimate Forward Rate (‘UFR”), an artificial rate of interest created by the regulator to assist insurers and pension funds in a low interest climate. The UFR methodology means that the interest rate curve that is used to discount obligations will, for maturities in excess of 20 years, converge to a set level. It is said that at a particular point in time (three years hence is the point in time adopted by most observers) insurers will be obliged to monetise their obligations on the basis of the UFR. The higher the UFR, the lower the current value of the obligations. At this stage the level of the UFR at the time of the introduction is not known, nor exactly when it will be introduced. The impact on the value of the obligations, and hence on the solvency, is likely to be in the 5 to 15% range.

The UFR also contributes to the stability of the solvency calculation. The difference between the UFR that has been set and the current low interest rates has nevertheless slowly widened over the past years.

The European Insurance and Occupational Pensions Authority (EIOPA) has announced it will review the UFR methodology in 2016 under Solvency II. The methodology will in any case not be changed before the end of 2016. The difference between the set UFR and the rate of interest in the market is expected to continue for the time being.

Proposals for an IM or PIM had to be laid before the Dutch Central Bank, or DNB, for approval by no later than the end of June 2015 if the applicant was looking for DNB approval in time for the introduction of Solvency II in 2016. It is possible to submit proposals for IM and PIM after that, and now as well, albeit that they will come into force later and not as of 1 January 2016

Solvency II therefore provides a framework for prudential regulation and supervision of insurers that came into force on 1 January 2016. Solvency II is the result of a prolonged process of international negotiation. This new regulatory framework sets out the EU rules for access to, and conduct of, insurance and reinsurance business, regulation and supervision of insurance and reinsurance groups and the rules relating to the cleaning up and liquidation of insurers.

Solvency I was a product of the seventies and was ripe for renewal. The key aspect that was missing in Solvency I was that capital requirements were not tailored to the true risks that insurers run. As a result the incentives for effective risk management were insufficient. In addition Solvency I failed to shed enough light on either the current financial position of insurers or the risk sensitivity of their financial position. This meant that it was unclear whether insurers would be able to meet their undertakings. Furthermore, from a European perspective the framework provided an unclear and unequal degree of policy holder protection, supervision in the EU was insufficiently harmonised while there was only limited scope for supervision at the group level.

Solvency is complex, but it touches the heart of what matters to investors in insurance companies: capital. When investing in a pharmaceutical company, one does not need to be a chemist to be able to make the investment decision. The same goes for insurance companies. Insurance companies, looking to obtain backing from the capital markets, should be pitching their case not as if they were presenting it to a conference of statisticiens and economitricians. Rather, they should communicate about these matters such that the average investor can make an informed decision on whether or not to provide more capital to the company, or take his money elsewhere .

Points of attention for distribution agreements